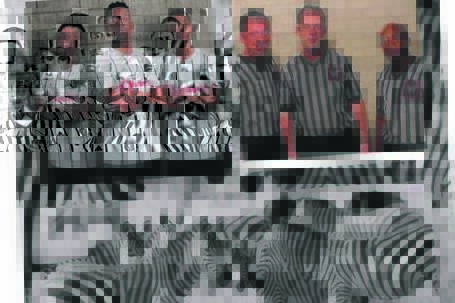 ORLANDO Pirates unveiled their new home and away kit for the 2019/20 season.

And while many Pirates fans were happy with the design that reminded them of the 1994/95 season, others on social media argued whether the team was inspired by Kaizer Chiefs’ jersey from the 2011/12 season.

Ajax Cape Town said on Twitter: “It’s that time of the year again, kit launching. @OrlandoPirates, are you bringing SmackDown to the PSL?”

“We think that we are doing well in copying from our rivals from Naturena.”

@SportingbetSA figured Orlando Pirates went, “Can I copy your homework? and Besiktas replied: “Yeah, just change it up a bit so it doesn’t look obvious.’

Orlando Pirates fans on the other hand like the new/old design.

“Hopefully, the players understand the significance of this jersey.”

However, other soccer supporters were not fans of the new jerseys and some even said the Pirates will now look like Zebras and WWE referees. Other social media users pointed out the Bucs' new kit is similar to that of the Kaizer Chiefs'.