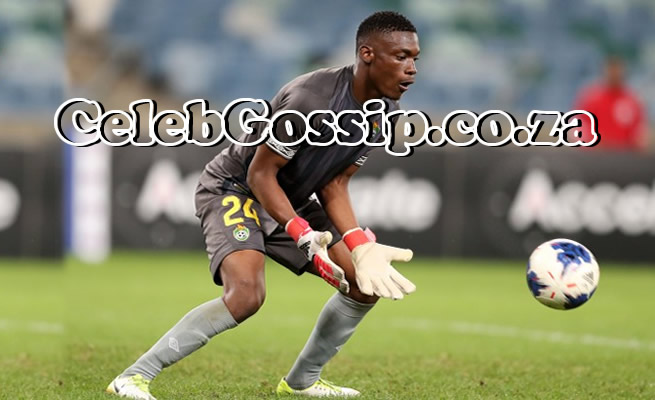 29-year-old Baroka FC goalkeeper Elvis Chipezeze says he is considering legal action against a report that he was involved in match-fixing during the Africa Cup of Nations.

Chipezeze was accused by a publication of being paid to concede goals during the Warriors' 4-0 loss to DR Congo.

The Herald claimed that the South Africa-based shot-stopper was approached by TP Mazembe owner Moise Katumbe to give away some easy goals.

The player went on to have a poor game which seemed to make the situation worse.

Zimbabwean publication The Herald quoted the Madagascan media who claimed that wealthy TP Mazembe owner Moise Katumbi may have been involved in a plot to sway the Warriors keeper to underperform in the loss against DR Congo.

Apparently 'a large sum of money' was supposed to be transferred into the bank of the South African-based goalminder.

"Yes I saw the report. No… you know sometimes the media is always talking because that story came out in, is it Mozambique if I'm not mistaken [sighing]? So it's painful you know to be accused of such because it will be to ruin someone's career and stuff you see. So… [takes a long pause]… it's painful, it's painful," he said.

Chipezeze was asked if there was any stage during the tournament where he was approached by anyone from DR Congo trying to offer him a bribe.

"No. Me, I don't do such things, because I know those things will ruin someone's career you know. I don't even tolerate such. So I don't know who published that story, what their agenda was you know," he insists.

"But you know things like these, you know when you lie to the world, eh… trying to tarnish my image, I'm not even happy, even now I'm talking to my lawyer, I think he is going to fix that thing so that I clear my name because ja it's not healthy.

"Everywhere you go people will be looking at you and they will be like 'ah him' you know so, it's something that I won't tolerate and I think I will be talking to my lawyer and then we will have to hear from him [sighing] which steps we'll have to take. I'm opening a case [against Madagascan publication] because they have already tarnished my image.

"So it's not healthy for me and you know with the family you know it is something that is not right. So I'm talking to my lawyers, they will fix that."

Chipezeze admits that the reports have really affected his family in Zimbabwe and people at his club Baroka.

"They were depressed you know because this thing is… all over you know. Many have been asking questions… Why? What's happening? Is it true or what? So you know this thing is depressing, and they didn't take it very well so that's why they advised me to take legal action against whoever wrote that thing."

Chipezeze was pressed further on whether he thought the four goals he conceded against DRC was the reason they chose to accuse him out of the whole Warriors squad.

"You know in football you have got your ups and downs," he adds. "On that day you know I wasn't on my best so, it's football you know… now I will just focus on my club and see what we want to achieve."

CAF dismissed the issue at a press conference in Cairo.

"At the level of the CAF, there is no suspicion. There is no hint of corruption about the Zimbabwe-DRC match in the third Group A match played on June 30, in Cairo. But if it turned out that there was anything, and not only for this match, I remind you that our policy is a zero-tolerance policy on corruption. As of today, there is no correspondence or issue," said CAF general secretary Mouad Haji.

Meanwhile, Chipezeze said he believes the DRC game is not his last in national colours and will feature for the Warriors again.

“It was probably the worse game of my life but that was not the last time for me playing for the national team,” said Chipezeze.