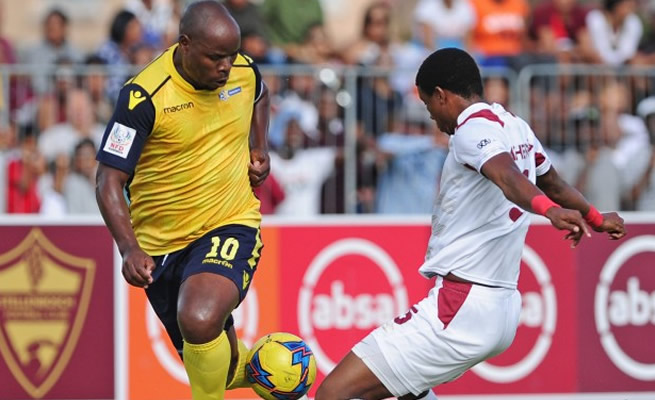 A reported Kaizer Chiefs target is unlikely to join the Soweto giants or any other team during this transfer window, after his club decided to offer him an extension to his contract.

Following his impressive performances for Stellenbosch FC during the team’s promotion-winning campaign of the 2018/19 season, Sibusiso Mthethwa emerged as one of the sought-after players, with clubs in Mzansi’s top-flight keen on signing him for the upcoming season.

According to reports, Chiefs has been one of the Absa Premiership clubs keen on the defender, who has also been on the books of Free State Stars, University of Pretoria and Platinum Stars, among other clubs in his career.

In realising that they might lose the player, Stellenbosch have acted quickly by extending the 28-year-old centre-back’s contract in preparation of the team’s first season in the elite league.

“Stellenbosch has extended Sibusiso Mthethwa’s contract. The boy will be with the team for the upcoming season,” said the source.

“It’s true that Sibusiso Mthethwa has had his contract with Stellenbosch extended. It's a three-year deal,” confirmed Mulovhedzi.

“We were happy with what Stellenbosch offered us for the player, because the other teams that had been keen on him didn’t offer us that. I predicted last year, when Sibusiso joined the club, that they were going to be promoted to the PSL. We believe in their project because of the professional setup at the club. We are happy that the club was keen to keep Sibusiso Mthethwa in the team for longer,” added the representative.

AmaZulu and Golden Arrows are some of the other clubs that have been interested in Mthethwa, according to sources.

In other preparations for the new season, the club has also signed Waseem Isaacs and Zimo Brenner respectively from Western Cape neighbours Ubuntu Cape Town.