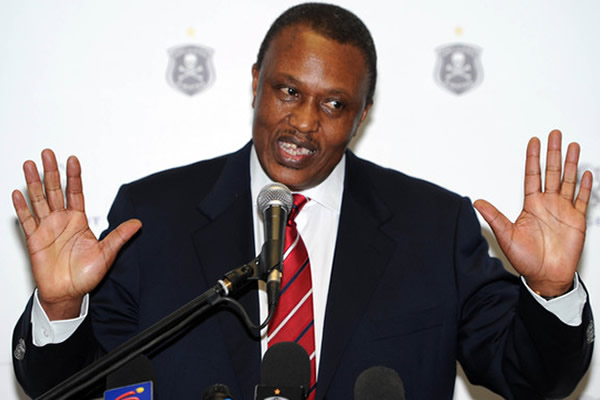 Premier Soccer League chairperson Irvin Khoza has warned that if the league was prevented from selling its broadcast rights on exclusive basis, it would run into poverty.

The Independent Communications Authority of SA (Icasa) has tasked a committee with amending sport broadcast regulation.

The committee is holding hearings in Centurion, Pretoria, for oral presentations from interested parties to the draft sports broadcasting services amendment regulations of 2018, which seek to allow freeto-air broadcasters access to full, live coverage of national sporting events, including PSL matches.

The draft regulations also seek to prevent the acquiring of exclusive broadcast rights by pay TV company MultiChoice. They seek to ensure that high-interest sporting events such as the Olympics, PSL and cup matches, Afcon and the World Cups for cricket, rugby and soccer, were accessible to the majority of South African citizens.

“I caution those who think our content is something we can hand out for free in the name of giving access,” Khoza said.

Khoza also warned that if the draft regulations were adopted, PSL revenue, which amounted to almost R1bn last year, would be drastically reduced and this would affect the livelihoods of players.

“My appeal to Icasa is that let’s remove the PSL from any regulation… our revenue will reduce and the game will die.” Khoza added: “If there’s no (broadcasting) money in SA, then there’s no money for PSL to share with clubs in the league.”

The PSL has sold its broadcast rights to MultiChoice's SuperSport, which initially won the bid for the rights in 2007 in a deal worth more than R1.6bn‚ then renewed their rights in 2011 for another five years from the 2012/2013 season in a contract worth over R2bn.

Icasa chairperson for the committee on sport broadcasting rights, Palesa Kadi, said the intention was not to reduce revenue for sport federations and professional bodies.

“We will not be advocating for the reduction of revenue, that’s not a fair practice, but ours is to make sure there’s a balance and we can only do that through regulations,” Kadi said.