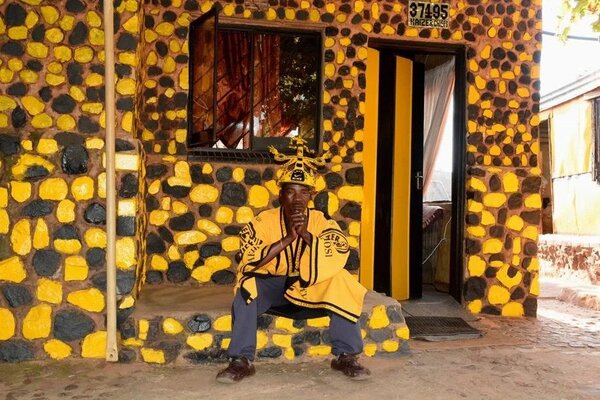 KAIZER Chiefs superfan Peter Sisana has been living in hiding.

He told Daily Sun his team’s poor performance had led to people shaming him in the streets!

The 55-year-old from Lusaka in Mamelodi East, Tshwane, said he had even painted his house in the team’s colours.

But since they lost to TS Galaxy in Durban on Saturday, he had been very embarrassed.

Peter said he had not been able to eat or drink since the match.

“I cried the whole night on Saturday because I couldn’t believe what I saw. This was the worst moment of my life.”

The dad of two said his heart was bleeding as people also laughed at him because Amakhosi failed to qualify for the MTN8.

“I’m a mess because of the team I love. People say I must burn my Amakhosi regalia and paint my house white because we’re failures,” he said.

Peter said he felt like a mob justice victim and appealed to the team’s management to fix their problem and buy good players.

“They must change their ways because this is really affecting us,” he told Daily Sun.

“My happiness relies on them, and now I’m living in hiding because of them.”

Peter said although he was very angry, he was not prepared to leave his team for Orlando Pirates or Mamelodi Sundowns.

“I call my black and gold house Phefeni or Naturena. I will die supporting Amakhosi,” he said.

He appealed to Chiefs fans to remain hopeful as he believed the team would rise again.