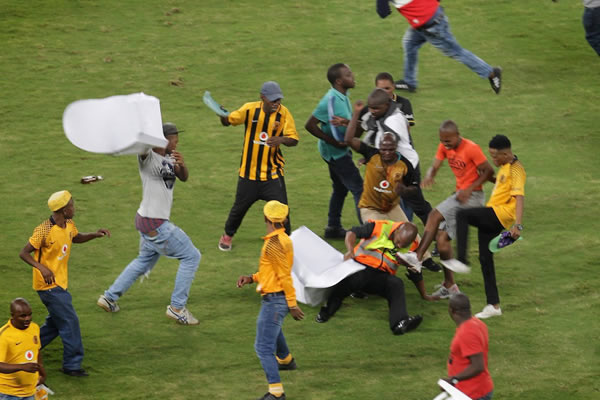 “We need to find the real cause and deal with this serious matter as thoroughly as possible to avoid any more deaths at our stadiums.”

These were the words of Safa president Danny Jordaan this week following a two-day sports grounds safety workshop held in Sandton, Johannesburg.

This was the first in a series of workshops planned by world football governing body Fifa as part of an initiative aimed at helping its member associations raise stadium safety standards in football.


Fifa has a total of 211 national member associations. The workshop was attended by representatives from all 14 Council of Southern Africa Football Associations (Cosafa) members.

This pilot programme followed an extensive consultation process that started in January between Fifa and a number of key stakeholders from the football and stadium industry, including the Sports Grounds Safety Authority (SGSA), which is a non-departmental public body based in the UK. It is funded by the UK’s department for culture, media and sport.

The SGSA was founded in 1989 in the aftermath of the Hillsborough disaster, where 96 people perished after being crushed against the perimeter fence during a match between Liverpool and Nottingham Forest.

South Africa is on the global list of the five worst stadium disasters after 43 people died at Ellis Park during a Soweto Derby in 2001.

Ghana experienced the worst tragedy when 127 spectators died at the Accra Sports Stadium in 2001, followed by England, then Egypt, where 74 people died at the Port Said Stadium in 2012, and France, where 18 lives were lost at the Armand Cesari Stadium in 1992.

As recently as July 2017, eight people – including seven children – died in a stampede in Cosafa member Malawi’s Bingu National Stadium in Lilongwe ahead of a friendly match between top sides Nyasa Big Bullets and Silver Strikers.

“The initial thought after the Hillsborough disaster was that infrastructure, such as the perimeter fence around the pitch, and a lack of turnstiles, was the main cause for such accidents,” said Jordaan.

Fifa went on a drive to have perimeter fences removed around all stadiums globally, as well as to have turnstiles installed at all venues after that incident.

“But with modern stadiums such as the ones we built for the 2010 World Cup, it is obvious that there are more factors than the infrastructure,” added Jordaan. “We need to look at a number of others, such as people’s mentality and behaviour.

“We also have the Safety at Sports and Recreational Events Act 2 of 2010 in this country.

“There should be more synergy between government and different sports bodies when big events take place.”

The country has experienced a number of disturbances and even deaths at the stadiums that were used during the 2010 World Cup. They include:

● A football spectator was shot dead in a scuffle with a policeman after Chippa United and Kaizer Chiefs played at the Nelson Mandela Bay Stadium on May 9 2016;

● Pirates fans invaded the Loftus Versfeld Stadium pitch, causing damage to TV cameras and electric cables as their club was suffering a 6-0 routing by Mamelodi Sundowns on February 11 2017;

● Chiefs fans stormed the pitch and attacked security guards, with one security personnel member and several other people ending up in hospital following the club’s 2-0 defeat by Free State Stars in a Nedbank Cup semifinal at the Moses Mabhida Stadium on April 21 2017 and;