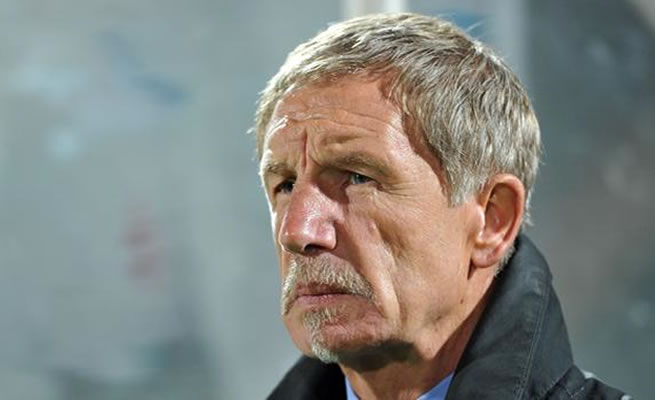 After the Confederation of African Football (CAF) changed the dates of the Under-23 Afcon qualifiers, Bafana Bafana coach Stuart Baxter was forced to rethink his plans for the senior Afcon in Egypt.

The CAF this week confirmed that the Under-23’s two-legged qualifiers – initially scheduled for June 3 and 11 – had been moved from next month to September. According to the continental football governing body, they made the switch because the qualifiers were too close to the Afcon tournament in Egypt.

The South African Under-23 team will face Zimbabwe in the third and final rounds, where eight teams will then progress to the Under-23 Afcon, which serves as the 2020 Olympics qualifying tournament.

City Press understands that a few suggestions were mooted during the technical team meeting this week.

This included a discussion on whether the initial plan of having two separate Bafana camps could work, or sending the Under-23s to the Cosafa Cup instead of the senior team.

Safa acting chief executive Russell Paul maintained that “those plans are still there” and the changes by the CAF with regards to the Under23 qualifiers would “allow Baxter, [assistant coach Molefi] Ntseki and [Under-23 head coach David] Notoane to rethink their plans.

“They will make announcements on Tuesday of the finality of their preparation plans,” said Paul.

When Baxter outlined his Afcon road map early this month, he indicated that he would use the Cosafa tournament to assess fringe Bafana players and those with a chance of selection for Afcon.

He had also planned to set a training camp in Johannesburg, which would be made up of players arriving late from their clubs abroad.

The Cosafa tournament starts in Durban on Saturday and South Africa will start in the quarterfinals against Botswana on June 2 as they were exempted from the group stage.

Ntseki was initially set to oversee the players in the regional tournament, which ends on June 8.

The Johannesburg and Cosafa groups would have culminated in a final squad ahead of the planned training camp in Dubai in the days leading to the June 21 to July 19 continental tournament.

Baxter had also indicated that he would pick a few Under-23 team players to gain experience during Afcon.

The Brit has just returned from stopovers abroad to check the progress of overseas-based players, while Ntseki has been scouting and profiling local players.

Meanwhile, Baxter is expected to announce the final team for Afcon and Cosafa on Tuesday.

Bafana have been drawn in Group D against Ivory Coast, Namibia and Morocco.