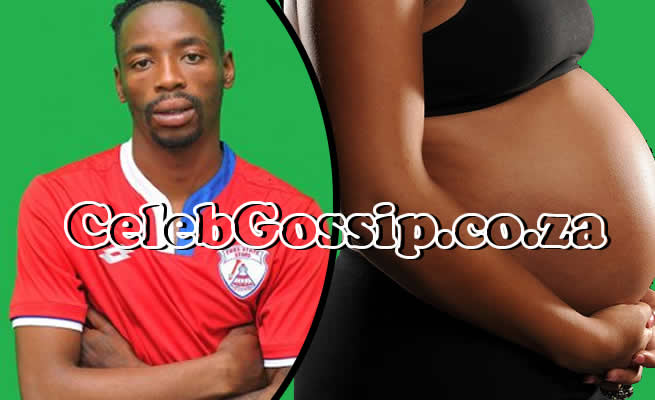 One of the late Free State Stars football star Sinethemba Jantjie’s baby mamas from his home town, Whittlesea – in Eastern Cape, confirmed that she had been left in the dark about her baby daddy’s policies.

The lady said she last heard from Jantjie’s family on the day of his burial, and on that day they only promised to support the child now that his father was no more.

“His sister only asked me to give her my child’s details and said she will make sure that she pays R1,000 per month. But she did not mention to me that Jantjie had policies which she was planning to claim,” said the woman.

She said she later learnt through Jantjie’s agent that there were policies worth millions in the player’s name.

“If I had not asked his agent, I would not have known about the policies. I really need the money to look after the child. Even if the family can invest it somewhere and we get a monthly allowance that will help,” she said.

She said she had concerns about the handling of the funeral, stating that a lot of things did not go well. “I know that people were complaining about food but I had told myself that maybe Jantjie did not leave any money. But to my shock, one of my cousins who is close to Jantjie’s sister told me that the family received R100,000 towards the funeral.”

Another baby mama from Bethlehem, in Free State, told Sunday World she was still devastated by Jantjie’s death, stating that she now had no one to turn to for support of her child.

The woman, who said she was a college student, said that she only met Jantjie’s family for the first time after he died when they had come to his club offices in Bethlehem.

She said she met the family with her parents to officially introduce their child to Jantjie’s brother and sister.

“Initially they did not believe us and we had to show them DNA test results to prove that the child was Jantjie’s,” she said.

The woman said the family welcomed the child but told her that Jantjie had four other children with different mothers and that she must not expect to get anything from his estate as he left nothing behind.

“They then offered that they will try to support the child by paying at least R750 per month as they could not afford to pay the R3,000 I used to receive from him. But they are not taking our calls anymore,” she said.

The woman said Jantjie used to pay R1,500 for child support, R200 for medical care, R400 towards transport and R700 for day care for their 15-month-old child.

“I don’t know how I am going to pay for all these things because I’m not working and my mother is also unemployed.”

Sandi told Sunday World she had come to terms with the fact that she wasn’t going to get anything from her lover’s estate.

She also said she was disturbed by the manner in which Jantjie’s family handled her fiance’s funeral. She cited lack of food, including for Free State Stars contingent, as the biggest problem during the funeral.

She said she informed the family on time that four buses, carrying supporters and players were coming to the player’s funeral.

“The only thing that was okay was the casket. The rest was just a disaster,” said Sandi.

The fiance said at the time of his death, Jantjie was planning to pay ilobolo for her, and that they were to move into a house in Joburg which the player was in the process of buying.

She also confirmed she miscarried their baby two weeks before his passing. “I still haven’t recovered from the loss. It’s just too much for me.”

Sandi said she knew about Jantjie’s two kids and she was concerned about the family’s alleged decision to deny his kids a share of the life cover payout.

“I hope they will find it in their hearts to share the money with the children because that’s what he would have wanted.”

Dudula now wants even documented foreigners deported: No foreigner shall work in a restaurant...

General News Dumisani Mangena - 16 May 2022 0
Operation Dudula is no longer targeting illegal immigrants only. Documented migrants doing menial jobs in SA will not be spared. The movement’s national secretary, Zandile...