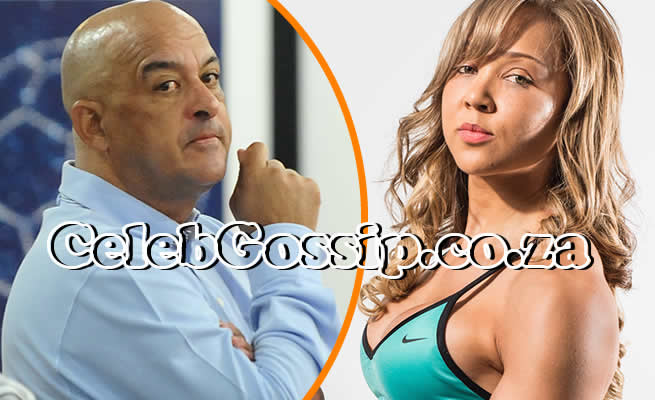 IN football, player substitutions are as normal as breathing air. But it seems coach Owen Da Gama has taken this option from the beautiful game…and applied it in his love life!

According to insiders, the Highlands Park coach has benched his estranged wife, Esmerelda. This was done allegedly in favour of a “younger and fitter” Simone Conley, who happens to be the club’s fitness trainer.

An informant claimed Da Gama (57) has been playing on the 31-year-old’s pitch “for sometimes now”.

Claimed the informant: “It’s known around these parts that Owen has moved out of his house in Midrand, Jozi.”

Another source told the SunTeam the pair decided to take their said “thing” to new heights “following a tight working relationship for a very long time”.

Insisted the source, who’s knee-deep in soccer circles: “It now makes sense. They’ve been spending more time together for a very long time. They began working together during their Nedbank Ke Yona Team Search competition days.”

The source claimed Da Gama even recruited Simone soon after he became coach at Highlands Park. Pondered the source: “We’re not exactly sure when they began dating, but know for sure they are right now.”

But the third mole insisted Da Gama and Simone “hit it off” during their second working stint at the Premier Soccer League club.

Pointed out the mole: “When they were working together for the Nedbank Ke Yona Team Search competition, they were just colleagues. So, they began dating at Highlands Park. Owen has also taken Simone on numerous vacations overseas, and is in the process of formalising his separation [with his wife] to make her the only one.”

Another insider claimed: “They met when Simone was brought in by management to be a trainer at Highlands Park. They’re head over heels in love.”

According to the mole, Simone also enjoys preferential treatment at the club.

Said the mole: “She’s consistently going to training sessions, something that used to be alternated among Highlands Park’s fitness trainers.”

When contacted for comment, Da Gama dismissed the allegations as unfounded, but confirmed he has separated from his wife.

“There’s no basis to these allegations. They’re quite ridiculous. I’ve been working with her [Simone] for a long time and respect her as a professional,” he said.

Simone denied being in a relationship with Da Gama. “We’re just working together,” she said.