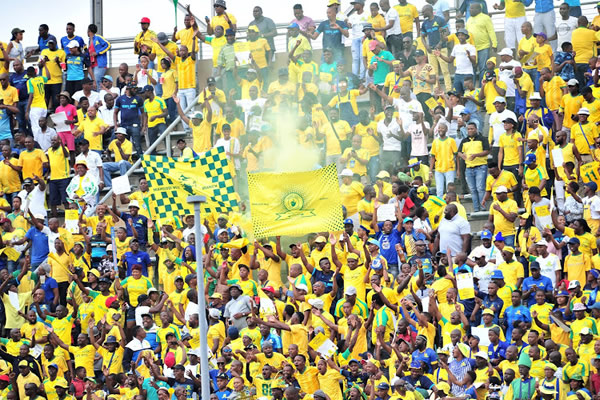 Mamelodi Sundowns are a step closer to fulfilling their mission of winning a second CAF Champions League title after advancing to the semifinals last night.

Sundowns marched into the last four of the competition after a 5-1 aggregate win over Al Ahly. Their 1-0 defeat at the Borg El Arab Stadium in Alexandria paled in comparison to Downs’ emphatic 5-0 demolition last week.

The Red Devils made five changes from the team that played in Tshwane. Their attack this time around was led by striker Walid Azaro.


Within the first minute, the Egyptians were inside the Sundowns penalty box and nearly had the perfect start but Ramadan Sobhi’s shot went wide. The home side’s strategy clearly was to grab an early goal and have the opposition in constant retreat.

Downs, on the other hand, made only one change, with Oupa Manyisa replacing Gaston Sirino.

The visitors came under a barrage of attack in the opening period but managed to hold firm, blocking their opponents at every turn.

Downs goalie Denis Onyango made a number of superb saves in the first-half that frustrated the home team. They resorted to fouling Onyango when he leapt to collect high balls.

It was not only Sundowns who were put under pressure, but referee Papa Gassama from Gambia was also hounded by the Al Ahly players as they protested every decision that went against them.

As expected, the first 45 minutes ended with Downs pinned back into their own half and the home side dominating the ball possession. There was more of the same in the second half, as the North Africans threw bodies forward in pursuit of their opening goal.

charges began to flirt with danger as they became careless in their defensive duties.

At times they tried to play out the ball with short passes instead of kicking it away to safety.

The Red Devils finally got their first goal of the two leg clash as Azaro beat his marker Wayne Arendse to score with a header in the 68th minute.

In the end it was not enough for the home side to register anything significant and the rest of the match was a mere formality as Downs had all but ended it back home with that thrilling thrashing.