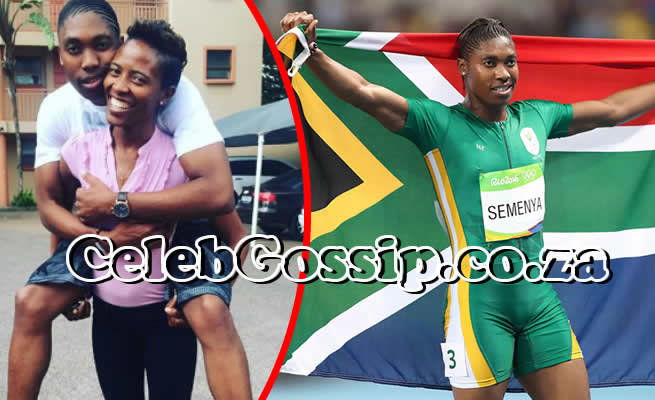 SHE’S going to need a bigger place to house all her medals, trophies and awards if she carries on this way. Golden girl Caster Semenya made a clean sweep at the SA Sports Awards recently, winning Sports Star of the Year, Sportswoman of the Year and the People’s Choice Award. It seems there’s no stopping the world champion middle-distance runner and Olympic gold medallist with the wind at her back, fire in her heart and the power of a panther in her limbs. Here are 10 reasons why we love the 28-year-old wonder woman.

Caster took on the International Association of Athletics Federations (IAAF) at a hearing in February this year. Hyperandrogenism – a medical condition characterised by excessive levels of androgens (male sex hormones such as testosterone) in the female body – and the associated effects of the elevated androgen levels, was once again on the table at the Court for Arbitration of Sport.

The IAAF has announced that hyperandrogenous athletes in the 400m, 800m and 1 500m, which are Caster’s distances, take medication to lower their testosterone levels.

“I’ve achieved everything I wanted to achieve in life. I was sitting at home, thinking I can’t let this thing go. What about the next generation? What about those young girls who still want to run – who are in the same situation as I am? I told my team we need to fight, enough is enough,” says Caster.

2 SHE'S OUT AND PROUD

For years she was coy about her love life – until she wed her longtime partner and fellow athlete, Violet Raseboya, in Pretoria in 2017. The couple met in 2007 in a public restroom. “She was a runner and was being escorted by doping officials. She thought I was a boy and said, ‘What is a boy doing in here?'”

Caster says she was taken back by her comment and replied, “I'm not a boy. You think I'm lost? You think I can just walk in here?”' They may have got off to a bumpy start, but a friendship eventually flourished – and blossomed into true love.

Caster embodies the quote, “Surround yourself with people who inspire you.”

Team Caster's heavy-hitting supporters, include basketball superstar – LeBron James, who flew out to watch her compete in a track meet in Berlin, in September last year. Likewise, she proved her loyalty by showing them support too, and was seen at the premiere of 43.03 – The Wayde van Niekerk Story, in support of the 400m track star earlier this year.

4 SHE'S THE QUEEN OF BLING

5 SHE'S TRAINED BY THE BEST

Caster has never been shy to call on the legends when it comes to refining her talent. Between 2011 and 2014, she was coached by the legendary Maria Mutola, an Olympic gold medallist and three-time world 800m champion.

“I always thought Caster would be the one to break the world 800m record because when she was 18 years old she was running 1:55s,” she says.

The runner has yet to break Czech Jarmila Kratochvílová's 1:53:28 800m mark set in 1983‚ but she has set the national record of 1:54:25, the fourthfastest time in the world. She's now coached by Samuel Sepeng, brother of the 800m Olympic silver medallist, Hezekiel Sepeng.

6 SHE'S A HARD WORKER, ON AND OFF THE TRACK

Caster announced in March last year that she'd obtained her diploma in sports science at the North-West University in Potchefstroom – no small feat considering her hectic travelling and training schedule. Violet tweeted that her wife, “builds and inspires others because she knows what it's like to be torn down. Never give up in life, no matter what. She is my inspiration.”

7 SHE KNOWS HOW TO KICK IT

As a Nike ambassador, it's not surprising that she boasts a collection sneakerheads would give their eyeteeth for. Her collection includes a pair of HFR x LeBron 16 sneakers, designed by the NBA star, Nike Vapourmax and Nike React trainers. She's also featured in a Nike ad, which celebrated the 30th anniversary of their famous ‘Just Do It' slogan.

8 SHE'S DEADLY ON THE TRACK

With a brush of the shoulder and her hands spread wide, her cobra stance has become her signature move in post-race celebrations. The reptile inspired her because, she told the BBC, “I'm untouchable and I'm a danger to my opponents.”

Caster and Violet founded the Masai Athletics Club. “Anyone who wants to join is more than welcome to do so,” the Olympian says. She also has The Caster Semenya Foundation, which recently teamed up with the PrincessD Menstrual Cup manufacturer to donate menstrual cups to school girls.