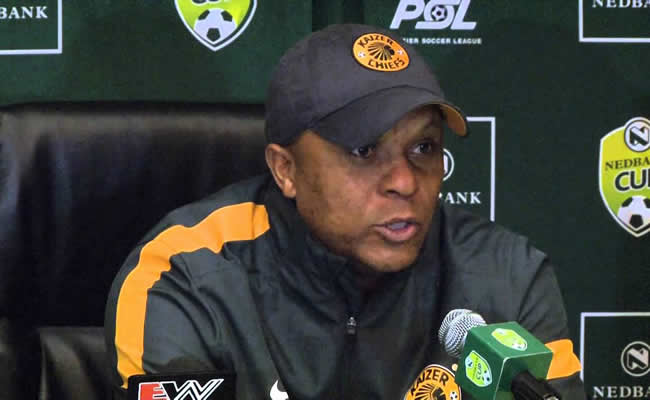 Former Kaizer Chiefs assistant coach, Doctor Khumalo shared his thoughts on how the club got things wrong in terms of signing players.

Chiefs are in the semi-finals of the Nedbank Cup competition, however, have found themselves in the seventh position on the Absa Premiership league standings, taking themselves out of the running for the title this season.

Speaking at SportPesa’s coaching clinics with Arsenal FC, Khumalo revealed that one of the factors that will ensure that Chiefs become a title-contending team – has to be player acquisition and thinks that Amakhosi have since gotten things wrong in that department.


“I think (that) player acquisition is the key factor, are the players that have been acquired the real individuals for Kaizer Chiefs or were they just signed to fill up gaps? But that’s not only for Chiefs, I always question the criteria of player acquisition in South African football because it looks like players are being signed just for the mere fact of being signed,” Khumalo told the Siya crew.

“For example, how do you have Bibo Ntshumayelo being a trialist? Where as we know very well what he is capable of? Probably we should say that we just want to see his physical condition and how do you acquire a player towards the end of the season?

“It’s not easy to assemble and to get a team of Chiefs’ magnitude within four months, it takes time and you need to understand what and whom you are dealing with.

“But I strongly believe that there are individuals out there that can probably bring some change at Chiefs if they can go get them. And the player acquisition, it has to be criteria, that is Chiefs’ culture-based, don’t just fill up gaps.

“Having grown up and brought up by Chiefs, I’ve seen them while I was still a kid, you can’t have five players who are just passengers within the team, there are a number of players that haven’t even been given an opportunity just to have a set-play or a throw-in, nothing, they don’t know how to do it and that kind of a player is on Kaizer Chiefs’ books but that tells you a story that something at the moment is not right,” he added.