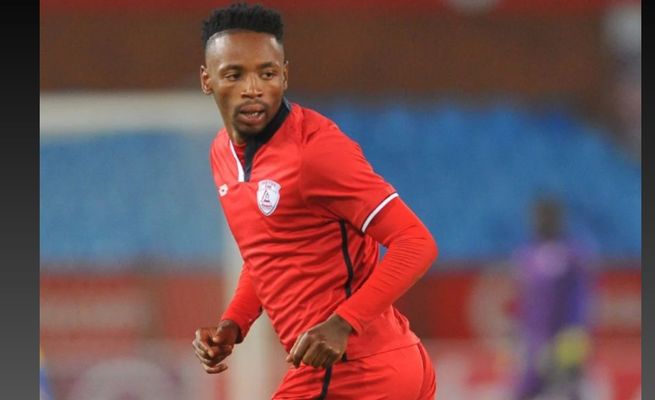 News coming in is that Free State Stars player, Sinethemba Jantjie has died in a car accident in the wee hours of the morning.

The 30-year-old winger was due to join Bidvest Wits next season after signing a pre contract with the club.

The Eastern Cape-born star had been with Ea Lla Koto since 2016 having joined from Mbombela United.

He made 23 appearances in all competitions this season and scored four goals.

Messages of condolences are already pouring in.

His former coach Luc Eymael said: “Very sad to hear this news ..Jantjie my boy RIP. Condolences to his family and to all Free states stars family.”

Devastating news, Free State Stars player Sinethemba Jantjie was involved in a fatal accident in the early hours of this morning. Deepest condolences to his family and the whole of Free State Stars. pic.twitter.com/DbvqN55Nkk