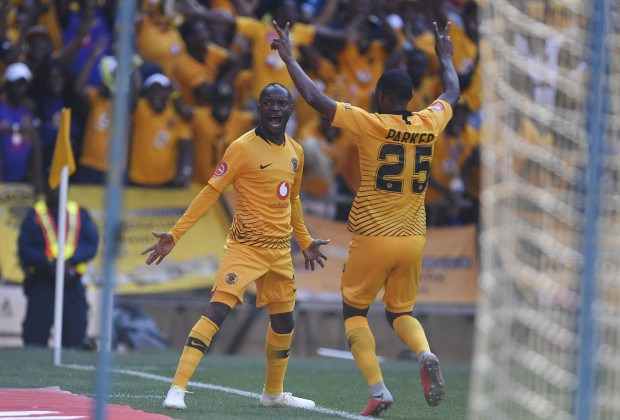 Kaizer Chiefs defender Daniel Cardoso came close to calling former coach Giovanni Solinas’ six months stint at the club a waste, saying the Italian did more damage than good when he was at the helm.

The defender said Solinas’ system and methods were never going to move the team forward and he ended up demotivating most of the players while over-hyping Khama Billiat, leading to the striker’s early burn out.

Asked about the side’s better defensive performances under Ernst Middendorp, Cardoso said: “It is improved but we still concede silly goals … it’s something we have to fix.


“But at least we are working on it in training now. Under Solinas we used mannequins, it wasn’t physical, there wasn’t any penetration from the strikers. But with him (Middendorp) coming in, we are doing a lot of small-sided games and we are learning to close up at the back.

“I wouldn’t say it (Solinas’ time) was a wasted six months, it was a learning curve. When we go to training now it’s different, there is more energy.”

Cardoso said Solinas’ constant chopping and changing of his starting XI, while Khama Billiat and Leonardo Castro were given special treatment and guaranteed places, killed the players’ morale.

“If you remember, in every game there were six or seven changes to the starting line-up, and you can’t get consistency like that. As a player you grow in confidence when you play. Under Solinas you’d play two games and do well but then in the next three you are out and wondering what you did wrong. And then he would tell you he is resting you and protecting you.

“I don’t think he had much of a plan. We’d be on the training ground for three hours running against mannequins – there was no structure,” said Cardoso yesterday afternoon. He said remaining strong under such circumstances was difficult.

“The (club’s) badge should be a motivation but when a coach changes players like that it gets hard. He used Khama and Castro in every game but what was that saying to the other players?

“Apparently Khama was the ‘Messi’ of South Africa for Solinas. And I think that got to him (Khama) as well and he thought he was the greatest. Look, Khama is a great striker, don’t get me wrong, but you can see he went through a dip in form and he is only now trying to recover. I think it was a case of giving too much confidence to one player and nothing to others,” said Cardoso.

He said things had improved greatly since Middendorp’s arrival as he demands the same commitment from every player and no one is guaranteed a starting berth.

Amakhosi are away to The Magic FC in a Nedbank Cup last-16 encounter on Sunday.