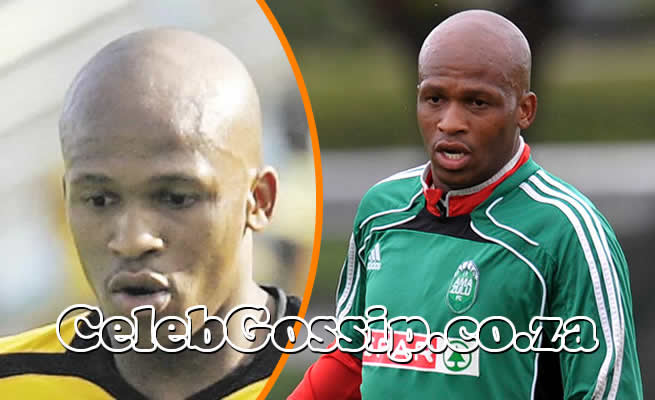 A source close to former Kaizer Chiefs defender Simphiwe Mkhonza has revealed that the former defender is currently not in a good financial position and owes many of his friends money.

According to the source, the defender has financial issues which have forced him to move into his girlfriend’s home.

“It’s really difficult for him, I don’t really understand why he has all these money problems because he is working. What I have heard is that he is now living with his girlfriend in a back room. I hope he sorts out his problems because he owes a lot of guys money,” said the source.

In 2015, the former Bafana Bafana and Kaizer Chiefs defender Siphiwe Mkhonza grabbed headlines when it was reported that he was scoring goals in women's wombs, and not soccer field.

According to Sunday Sun article, Siphiwe, who was an SABC sport analyst at the time, is not maintaining his children.

A source told the paper: "Siphiwe has 15 kids with 15 different women but he doesn't support any of his kids."

The paper apparently spoke to six of Siphiwe's alleged baby mamas and they confirmed that he doesn't take care of any of them. One woman told Sunday Sun: "I have a son with him but he has never even bought as much as a pack of nappies for his child."

Another baby mama said: "He didn’t even want to do the right thing and pay for the child." She added that former soccer player is living the high life and never thinks of his children. "He goes out drinking while he doesn't know what his kids eat."

Siphiwe was embroiled in a bitter papgeld drama with one of his former fiancées.

CITY PRESS reported that Mkhonza (37), who was known as Doctor Mani in his heyday, was dragged to the Roodepoort Magistrates’ Court by one of the women he impregnated after enjoying unprotected sex with her.

A few minutes before 18:30, when Mkhonza was supposed to start preparing for his popular SABC1 show SoccerZone, she arrived at the studios unannounced, police in tow, to slap him with a subpoena and a maintenance order.

“Mkhonza was so embarrassed because his colleagues witnessed the scene,” said one SABC employee who was there when the police arrived.

“But I don’t blame her. He must be man enough and support his child.”

“Her intention was not to embarrass Mkhonza. But she had no choice after she made several calls to him and he was always rude to her,” said one. “She is unemployed and her family has been helping her support the child, while Mkhonza is not even contributing a cent as a father,” added another source.