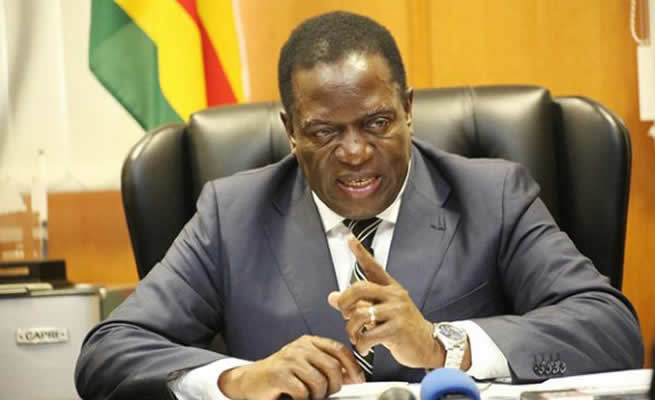 DA leader Mmusi Maimane’s planned trip to Zimbabwe this week could be over before it’s begun, with President Emmerson Mnangagwa’s office saying he will be booted out as soon as he touches down in Zimbabwe.

Maimane, pictured, is seeking a meeting with Mnangagwa, but presidential spokesperson George Charamba told the Sunday Times he would be “thrown out” if he tried to set foot in Zimbabwe.

“We relate to the South African government and have no business talking to an opposition party, which is a minority party for that matter,”

Charamba said. “If he [Maimane] tries to come here he will be thrown out and will not be allowed to come into the country. We are a sovereign state and not a banana republic. Why can’t he deal with issues in his own party instead of pointing fingers?”

In May 2017, Maimane was deported from Zambia after going there to attend the treason trial of opposition leader Hakainde Hichilema.

Last week, Maimane got into Mnangagwa’s bad books by saying he would approach the International Criminal Court and the UN to request their intervention in Zimbabwe’s political and human rights crisis.

Information minister Monica Mutsvangwa said the DA leader was seeking attention. “It is regrettable that Maimane has assumed an aggressive posture for the gallery,” she said.

Maimane told the Sunday Times yesterday he was still waiting for a response to a letter he sent to Mnangagwa last week.

Asked if he would defy the threats to turn him away, the DA leader said: “They must write to me formally and make me aware of their plans to deport me.”

In his letter to Mnangagwa, Maimane said he planned to travel to Harare in his capacity as chair of the Southern African Partnership for Democratic Change (SAPDC), which represents opposition parties in the region.

“In light of the deteriorating situation in Zimbabwe, I intend to head up an SAPDC fact-finding mission,” he wrote.