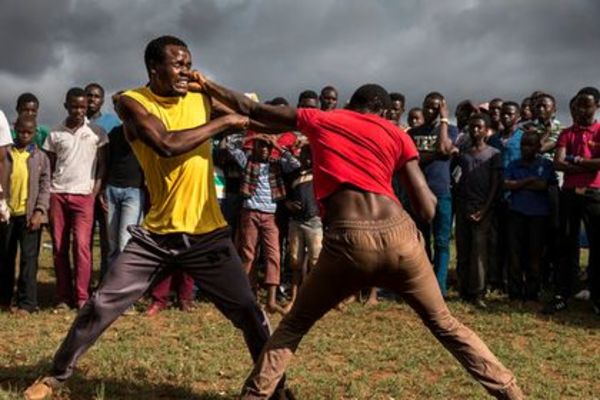 Residents of Kiamirera village in Nyaribari Masaba constituency in Kisii County watched free cinema on Friday evening after two men engaged in a fistfight over a widowed woman.

Nunua shopping ya home na Jumia! Save 50% on household products

Witnesses said the trouble started when Walter Omambia stormed the Damaris Nyakara's (the widowed woman) house only to find John Mogaka seated on the bed naked.

"Omambia inherited Nyakara after the death of her husband 3 years ago but, Nyakara has been engaging in sexual relations with Mogaka without Omambia's knowledge," said a witness Mary Kwamboka.

Ms. Kwamboka said Omambia was alerted by a neighbor about Mogaka's presence in Nyakara's house prompting him to storm the house.

"Mogaka was half naked during the fight. The public was laughing due to Mogaka's nakedness while the fight was ongoing publicly," she noted.

Ms. Ong'uti said that Nyumba Kumi officials were alerted about the incident and rushed to the homestead to intervene.

"Mogaka's manhood was injured before he was rescued. Omambia is at large but, he is being traced to be arrested," she noted.

She warned widowed women against playing men adding that she will not condone women to have more that one man.

"Unnecessary fights resulting from love affairs will not be condoned in my area," said the chief.

The administrator assured that Mogaka was rushed to a local hospital for treatment. KENYA