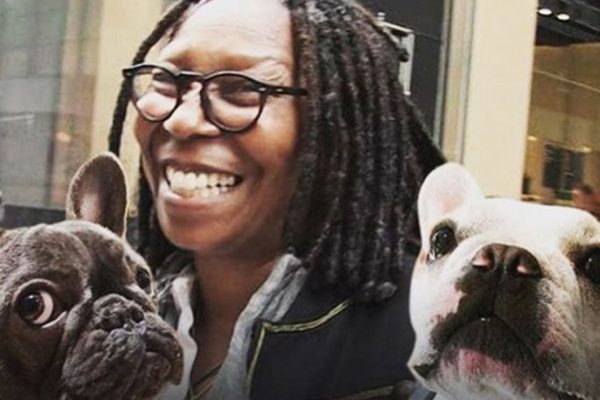 Whoopi Goldberg’s “granddog” is getting married

The View co-host will be getting her best hat ready because Filmore, the pet of her daughter Alex Martin-Dean and Instagram favourite Izzy the Frenchie, will tie the knot in a lavish ceremony later this month.

Whoopi shared a photo of the wedding invite on Instagram and wrote: “Heads up! There’s a wedding in the family!!!

“My granddog is getting hitched!! What has the world come to? Lol. @izzythe.frenchie @deanfilmore (sic)”

Both pooches have their own Instagram accounts, where they also shared details of the January 26 ceremony.

Filmore’s post was captioned: “It’s Happening Guys I’m Getting Married To The Love Of My Life @izzythe.frenchie And I Are Tying The Knot! Surprise! (sic)”

And a post on Izzy’s account read: “Sooooo… this is happening! I’m getting married to my baby @deanfilmore.(sic)”

Izzy’s owner, Rick Hendrix, met Whoopi when he was working with Hillary Clinton and they teamed up on a campaign, and they have been friends ever since. When they hung out over the festive period, the idea of the dogs getting married was suggested and plans were quickly arranged

Rick told TMZ that his beloved pet’s stylist, who used to work for Dior, has already designed her a wedding dress, while Filmore will be getting a tuxedo from a designer in Ukraine.

The wedding will take place at a private New York venue ahead of a reception at the Ghost actress’s home.

No expense is being spared, with celebrity photographer Timothy White enlisted to capture the big day, and famed baker Juanita Lane of Dulce Desserts commissioned to make the wedding cake.