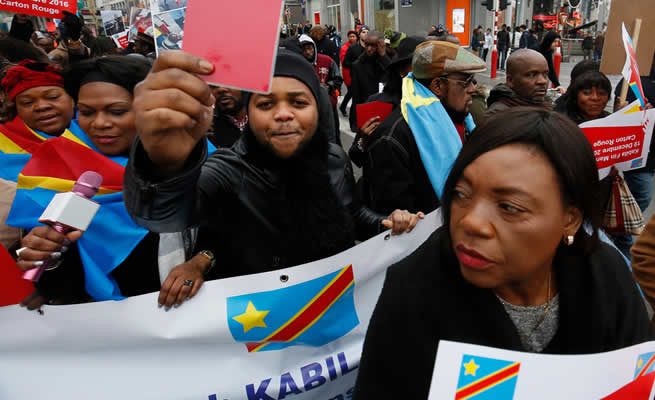 People in the Democratic Republic of the Congo have been waiting a long time – since independence from Belgium in 1960 – for a democratic transition of power. They waited two years for this election, and they waited days for its result. Early on Thursday, the country’s electoral commission announced that an opposition candidate had won. This was indeed unprecedented, but not in quite the way many had hoped for: it looks, in the words of one analyst of democracy in Africa, like “the first election rigged by the government in favour of an opposition candidate”.

The commission declared opposition leader, Felix Tshisekedi, the official winner early on Thursday in what could lead to Congo's first democratic transfer of power. But an observer mission from the Church's bishops conference (CENCO) told diplomats that its own tallies showed another opposition leader, Martin Fayulu, winning. The contradictory views could lead to a bitter and drawn out standoff in a nation which was hoping to see its first successful democratic transition of power.

The discrepancy sets the stage for a possible stalemate between the Congolese government and the Church. The powerful religious institution deployed 40,000 election observers and is considered one of Congo's most influential and trusted institutions. The election would be the nation’s first successful democratic exercise since it achieved independence from Belgium in 1960. However election observers reported a number of irregularities during the polls and the opposition said it was marred by fraud.

According to declared results, Felix Tshisekedi is said to have defeated not only president Joseph Kabila’s hand-picked successor, Emmanuel Shadary, but also the clear frontrunner, Martin Fayulu, who has denounced the results as an “electoral coup”. Critically, the country’s respected Catholic church has said that the official results do not tally with data gathered by its 40,000 observers. The key to this bizarre development is not Mr Tshisekedi but Mr Kabila. His government has left half of DRC’s 80 million people living on less than a dollar a day, despite its immense mineral resources, while he and those around him have amassed huge wealth. Human rights groups say thousands of civilians have been killed by security forces and armed groups in the last two years. A devastating humanitarian crisis continues.

But Mr Kabila has proved expert at hanging on to power since succeeding his assassinated father in 2001. Elections were delayed repeatedly as he sought to carry on after reaching the two-term limit on the presidency in 2016. Protests were lethally suppressed. When he eventually called elections, he barred western observers. A mysterious fire destroyed voting machines, polls were delayed, and officials said violence and an Ebola outbreak precluded voting in places. Widespread irregularities were followed by the lengthy wait for results, with suspicions growing as the government shut off the internet.

Yet Mr Shadary performed so abysmally that the government apparently realised that naming him victor would not fly. It has been forced to acknowledge its rejection by three-quarters of voters. The widespread belief is that Mr Kabila has agreed a deal with Mr Tshisekedi. Mr Fayulu, a former businessman, is a relative political outsider, though he enjoys the backing of two heavyweights: the tycoon Moïse Katumbi and the former warlord Jean-Pierre Bemba. Mr Tshisekedi’s father was an opposition leader and is deeply rooted in DRC politics: Mr Kabila may feel he will find it easier to exert control through political structures. At a minimum, it is thought, the president wants the safeguarding of his family’s reported fortune, as well as immunity from any potential prosecution; he should not be given it. At most he hopes to hang on to power if not office – and perhaps to reclaim the latter in future, à la Putin. (He has said that he wants to remain “available” for his country.)

Mr Fayulu is almost certain to appeal to the constitutional court, but few expect it to overturn the results. How far will his backers, the church, regional players and to a lesser extent the international community, press the issue? Despite the fury of his supporters, many will be relieved to see Mr Kabila’s party go, and may be satisfied that the presidency will be taken by the man they probably expected to vote for prior to Mr Fayulu’s rise and the opposition’s split. Concern for stability is a priority, given the country’s bloody history. This is not the democratic transition that so many hoped for. Unless pressure is exerted and sustained, it may not be much of a transition at all.