Home International News The End of a Kardashian Era: Inside the Decision to Close DASH... 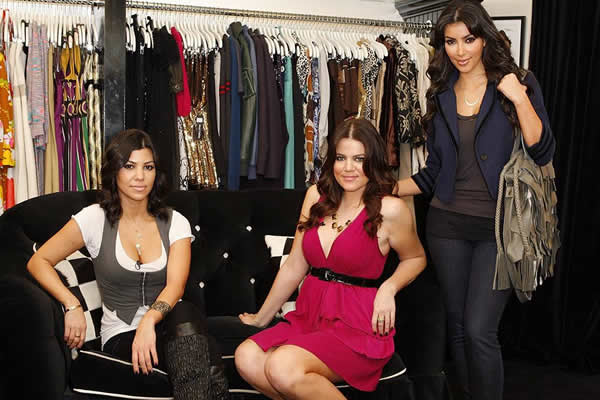 It had been in the Kards for some time, but the decision to finally close DASH, the store that first put the family on the retail map, can't have been an easy one to make.

Well, not for all of the Kardashian sisters anyway.

In September 2016, on an outing in New York with son Mason, daughter Penelope and niece North West, and with pal Jonathan Cheban in tow, Kourtney Kardashian visited DASH's SoHo location, which opened in 2010—and promptly declared herself transported back to 2009.

Kourtney just didn't see her and her sisters' style in DASH anymore and figured a major update was needed. But the idea of not having DASH at all didn't even occur to her.

A few days later and all in Miami together, Kim Kardashian told Kourtney and Khloe Kardashian that they could have a potential buyer for their DASH stores, which at the time were operating in West Hollywood, Miami Beach and New York, and had spawned its own show, DASH Dolls, Khloe thought that sounded like a perfect opportunity to cash in.

Kourtney, however, hesitated, protesting that they were "just getting started."

"Getting started?! We've had the f–king store for 4 million years, literally!" Khloe, with characteristic subtlety, fired back. "Are you f–king on drugs?!"

Kourtney was not on drugs. She was, however, feeling a burst of nostalgia and proprietary protectiveness over the business that the sisters first launched in 2006—a year before Keeping Up With the Kardashians forever altered their lives, and the rest of pop culture—in their own local stomping grounds of Calabasas, Calif. (At the time Kourtney also ran a kids' clothing store with mom Kris Jenner called Smooch, which they closed in 2009 after six years when Kourt was a new mom.)

The Calabasas store was long since shuttered by then, the sisters having moved their flagship location to prime Melrose Avenue real estate in WeHo in 2012, and they were presiding over multimillion-dollar individual brands that included clothes, makeup, social media influencing and wildly successful apps.

Earlier that year, Khloe had reflected on DASH's origins (on her app, of course), writing, "We started DASH in 2006 and really struggled for a long time to make it a successful business—there were months we couldn't pay our bills, and the store didn't turn a profit for years. After my dad [Robert Kardashian] died in 2003, I was partying all the time, drinking a lot and sleeping in every morning."

Fast-forward to 2016 and all three sisters' lives couldn't have looked any more different from those unsteady early days.

To placate Kourtney at the time, Kim and Khloe agreed to stop in at DASH Miami to check out the state of style affairs. Khloe—who had laid down the law with the Dash Dolls when she didn't think they were doing the WeHo business justice barely a year beforehand—actually declared the store unsalvageable. Kourtney later explained why she was so attached to DASH, including her memory of their first store as a new beginning after their father, Robert Kardashian, died in 2003. Kim promised to give it a good, long think before making any moves.

None of this unfolded for fans to witness, however, until March 2017, when Keeping Up With the Kardashians' 13th season premiered. In the prior six months, a whole lot of life had gotten in the way of making a postponable business decision.

Just weeks after checking out the store in Miami, Kim was robbed at gunpoint in Paris and took herself out of the public eye for two months. Kanye West was hospitalized for exhaustion. Then Kim's surrogate got pregnant, Kylie Jenner got pregnant and Khloe got pregnant.

So it was ultimately a really busy, and happily life-affirming, 2017.

But now, with all of the babies born (welcome Chicago West, Stormi Webster and True Thompson) and the Kardashian businesses only getting bigger—Kourtney was just nominated for a Webby in the Celebrity/Fan (Websites) category—it was time to let DASH go.

"We've loved running DASH, but in the last few years, we've all grown so much individually," Kim explained the decision in a statement posted to her app. "We've been busy running our own brands, as well as being moms and balancing work with our families. We know in our hearts that it's time to move on."

It really did all start with DASH, though.

"When the opportunity for our TV show came about, I wanted to do it to bring attention to our stores," Kim told Variety in 2015, reflecting on the burgeoning stages of the family's eventual empire. "I was thinking this might not last very long, but we'll grow a great business and expand online. I thought it would be great press. I didn't think it would turn into what it turned into."

"Kourtney and I didn't care," Khloe told E! News in September, referring to the show, which was marking 10 years on TV. "Kourtney and I were, like, fully in the store, she was in Smooch, I was in DASH. And we were literally told we'll film around the stores to make you guys comfortable. We did not care."