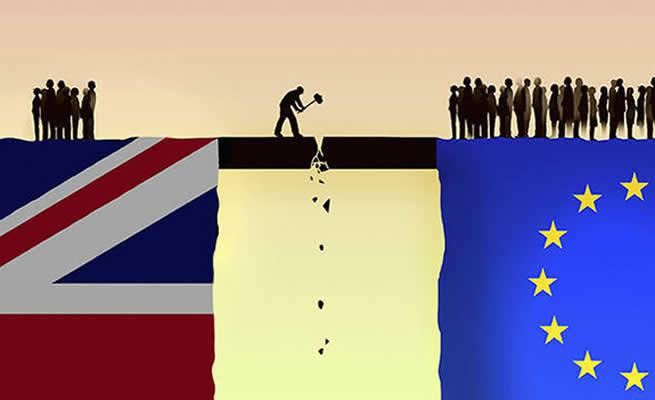 With 100 days to go until Britain exits the European Union, South Africans could find it more difficult to apply for a UK visa, when the country ramps up border control after March 29.

Immigration expert Gary Eisenberg, of Eisenberg & Associates, says SA has a relatively weak passport value, while a key promise of Brexit has been to increase British border control.

"I think Britain looks at SA as a deteriorating state. My prognosis is that applying for British visas will increase in difficulty," Eisenberg said.

Britain revoked SA’s visa-free status in 2009, citing security concerns with the Department of Home Affairs, and according to Eisenberg, these restrictions have not yet been rolled back, indicating that SA is still seen as a "country fraught with corruption".

In 2018, SA ranked 52 out of 106 countries by the Henley & Partners Passport Index, which measures countries’ passports on their ability to access other states visa-free.

Japan, Singapore and France are the highest-ranked countries, while Afghanistan and Iraqi passports are among the lowest. A six-month visitor’s visa to the UK currently costs around R1 600 for South Africans.

The UK government, meanwhile, will publish a white paper on Wednesday, which is expected to end the free movement of EU nationals after Brexit in a phased approach from 2021, and mostly affect non-skilled workers.

The white paper follows a report by the Migration Advisory Committee in September, which recommended Britain should not give preferential treatment to EU workers, but should instead prioritise higher-skilled workers from around the world.

There are still a number of uncertainties heading to Brexit. It’s not yet clear whether the House of Commons will vote in favour of UK Prime Minister Theresa May’s draft Brexit deal in the week of January 14, or if the UK will crash out of the EU on March 29, or even hold a second referendum; and it is difficult to know exactly how South Africans living in the UK on EU passports will be affected.

"The final agreement will be based on operational dimensions…the UK has always imported skills from outside the UK," Eisenberg says.

Speaking to Traveller24 in July, immigration experts Breytenbachs said that the complex implications of Brexit meant that the UK was increasingly trying to get skilled and highly skilled workers to the country to fill gaps in its labour market, which is good news for South Africans seeking opportunities abroad.