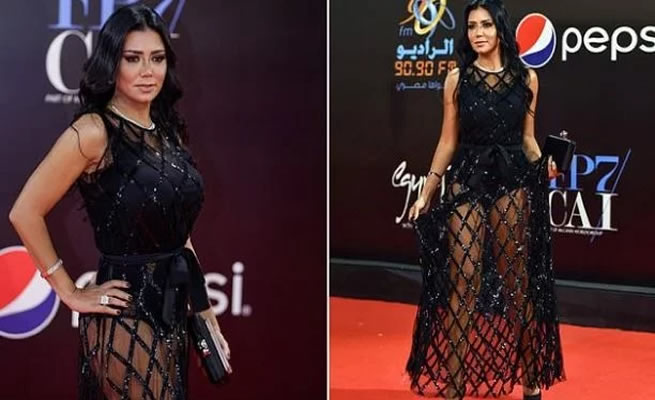 LAWSUITS filed against an Egyptian actress for wearing a revealing dress have been withdrawn after she made a public apology, two lawyers who brought cases against her said on Wednesday.

The actress was facing up to five years in prison after wearing a see-through dress to film festival in Cairo.

She's apologized and says 'I didn't expect it to raise all this anger'.

Rania Youssef (45) was accused of “inciting debauchery” last week after appearing at the closing session of the Cairo International Film Festival.

She was wearing a revealing black lacy dress that showed her legs.

“We have withdrawn the complaint we filed against Rania,” lawyer Amer Abdelsalam said.

Youssef was set to appear in court on 12 January to face separate lawsuits brought by Abdelsalam and Samir Sabri, known for lodging similar complaints against other public figures, among others.

Her case has sparked controversy in Egypt and sparked a heated debate on social media over public decency.

The uproar pushed Rania to apologise. She told local media she did not expect such a strong reaction and would not have worn the dress if she knew it would spark such anger.