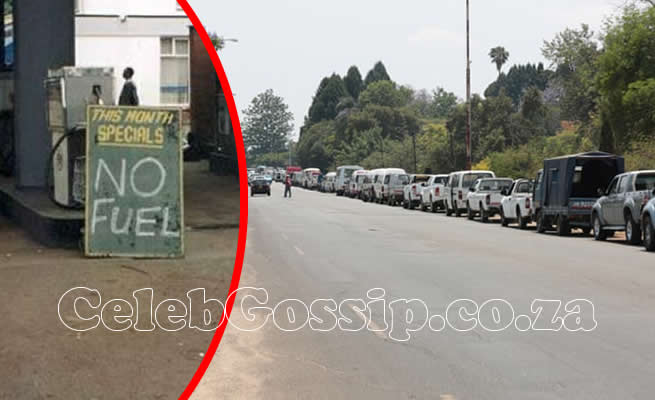 Poor planning by the Zimbabwe government has resulted in the country facing dwindling fuel supplies.

For the past two weeks there have been long‚ winding queues countrywide. The most affected are motorists with petrol-driven engines.

At a queue that stretched for a kilometre in Bulawayo’s central business district‚ Charles Moyo said on Wednesday morning that he had spent the greater part of his night waiting for fuel.

“I spent the whole night in this queue. It’s now morning I have to go to work so my daughter who just finished exams will come and take over. There’s hope that by midday there will be fuel because this is the only station that has been consistent since the shortages started a few months ago‚” said Moyo‚ a builder by profession.

Moyo is a member of at least three WhatsApp groups that offer updates on the availability of fuel. Lately there have been inquiries more than updates.

“Everyone is asking the same question and no one seems to have any answer. When the situation briefly normalised last month many people exited (the WhatsApp) groups‚ but now out of desperation they are being added back‚” he said.

Black market dealers have resurfaced. However‚ their fuel is only sold in hard currencies.

“We smuggle it from Botswana because there is less red tape compared to Beitbridge. We only take dollars‚ pulas and rands. For a litre of petrol we charge R20‚” said a dealer. In SA petrol costs around R15 per litre.

In an interview on Tuesday night with private radio station ZiFM‚ finance minister Professor Mthuli Ncube said the reason behind the current shortage was because government failed to raise foreign currency on time.

“We are aware of the hitches in the fuel supply on the market and this has to do with timing in terms of payments and supply of the commodity‚” he said.

Government sources said there was less than a week’s supply of fuel and signs of the acute shortage were already showing with some big service stations in Harare going for days without the precious liquid.