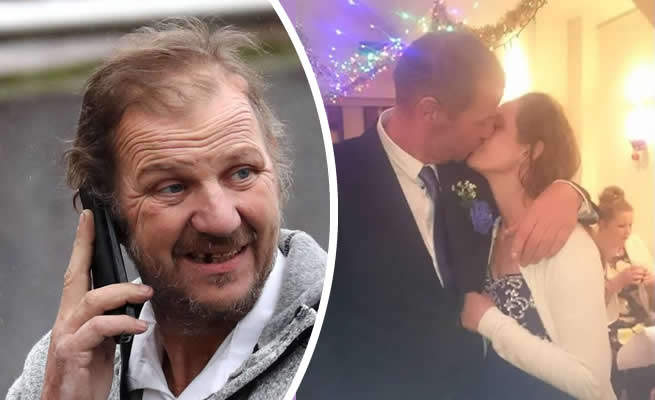 "I LOVE Hayley, I always have and always will.”

So said Ray Weatherall (53) about his wife Hayley Weatherall (32), who was sentenced to 15 years in jail this week for trying to kill him.

According to the Sun, Ray was already terminally ill with brain tumours in 2015 when Hayley plotted with her lover and his daughter to kill Ray.

In a terrible twist to the tale, Hayley was having an affair with Ray’s best mate, Glenn Pollard (49).

They had been friends for 20 years.

They considered poisoning him, drowning him and even blowing up his home.

Eventually Glenn’s daughter, Heather (19) was persuaded to shoot Ray in November 2017 while he was helping his son Sam cut down a tree.

But Ray was incredibly lucky. Heather shot him in the face with a .22 hunting rifle but the bullet lodged in his jaw bone and he survived.

Sentencing the trio on Tuesday, Judge Adele Williams said: “This was cruelty of high degree. Cold, calculated and chilling cruelty. Each of you plotted and planned to kill him with determination and persistence. The extent of the planning, preparation and the extreme lengths to which each of you was prepared to go is staggering.”

Glenn must serve a minimum of 17 years in jail and Heather 15 years.

But Ray is heartbroken that he will die while his beloved Hayley is still behind bars.

He told the Sun: “I wish I was going to be here long enough to have her back in this house where she belongs. I know people will think I’m crazy.

“But I’d rather Hayley wasn’t locked up at all. In my heart of hearts I am convinced that she was brainwashed by him. He wanted my wife. He was my best mate for more than 20 years. Now I just think he’s a low life. He’s nothing more than a dirty, rotten, stinking, conniving bastard. But why couldn’t they have just come to me and told me they were having an affair?

"They didn’t have to try to kill me. I’m gutted over the whole situation. I’ve lost my wife, my best friend, for what? He could have waited and had her.”

He added: “I will go out of this world with her in my heart. It’s never going to change.”