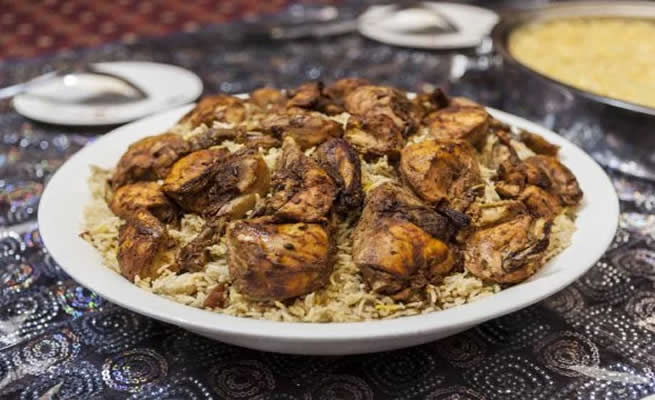 A woman has been arrested after a human tooth was found inside a food blender, believed to belong to her boyfriend.

The Moroccan is now accused of murdering her boyfriend then chopping up his body and serving it to Pakistani workers in the United Arab Emirates.

Her boyfriend vanished and there was no trace of him until his brother went looking for him and found the tooth inside the suspect’s food processor.

Prosecutors now allege that she butchered him, cooked his body and put it in a traditional rice and meat dish known as machboos.

They believe that she killed her boyfriend of seven years in the Al Ain emirate after he said that he wanted to marry another woman from their country. The woman said that it was out of revenge and that she had provided for him financially for years.

She told police that she killed him in a moment of ‘insanity’ when she was arrested after DNA samples proved it was his body.

A friend is alleged to have helped her to dispose of the body, but they deny witnessing anything relating to the case.

It is believed that he was murdered three months ago and a trial will take place at some point in the future once a full investigation has been carried out.