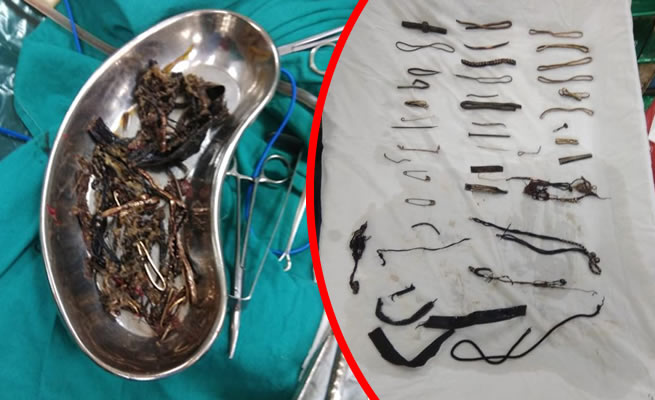 Doctors were left scratching their heads in disbelief after they removed dozens of metal objects, including bracelets, rings and hair pins from a female patients stomach.

The woman, known only as Sangita, was admitted to the hospital suffering from severe stomach pains.

Concerned, doctors ran a series of tests to see what might be behind her painful symptoms.

They were left totally dumbfounded when they saw a lump in her stomach containing dozens of foreign objects. 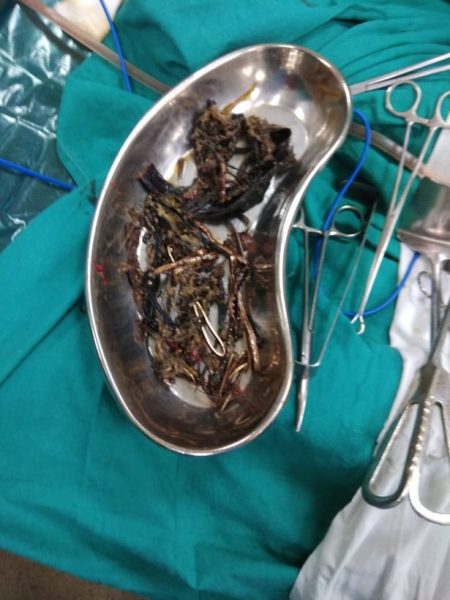 The patient,was thought to have swallowed the items over long periods of time causing the metal to build up and her stomach to harden.

Dr Nitin Parmar, senior surgeon at the Ahmedabad Civil hospital in India said:“The stomach of the woman had become rock hard. When we conducted the X-ray, it showed a lump in her stomach. 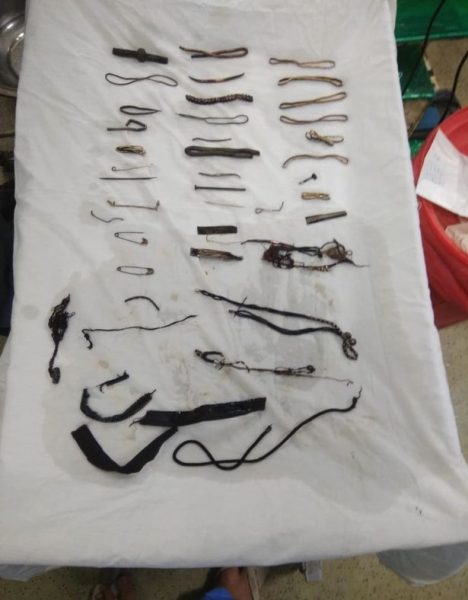 Safety pins consumed by her had partially perforated her lungs, a pin that she had consumed even punctured her stomach walls prompting us to carry out the surgery immediately.”

Doctors were then given the grim task of removing the various items she had consumed, many of which were sharp and metallic.

One item recovered in the procedure was a mangalsutra, a traditional necklace worn by married Hindu women. 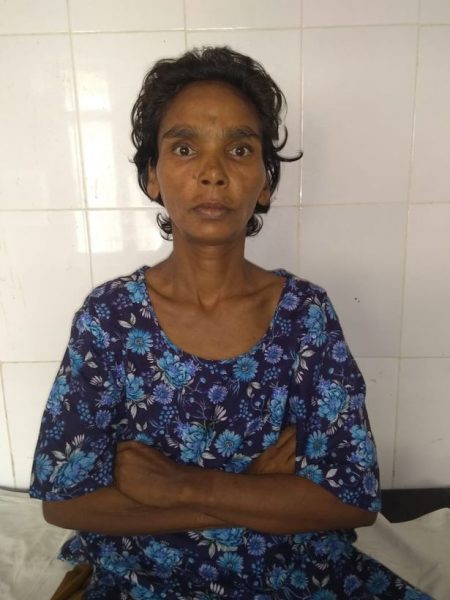 Stranger still was the reason why she had consumed these items in the first place.

Sangita was thought to be suffering from 'acuphagia' a rare disorder where a person consumes sharp metallic and indigestible objects.

Prior to her surgery and admission to a government hospital she was found wandering the streets. 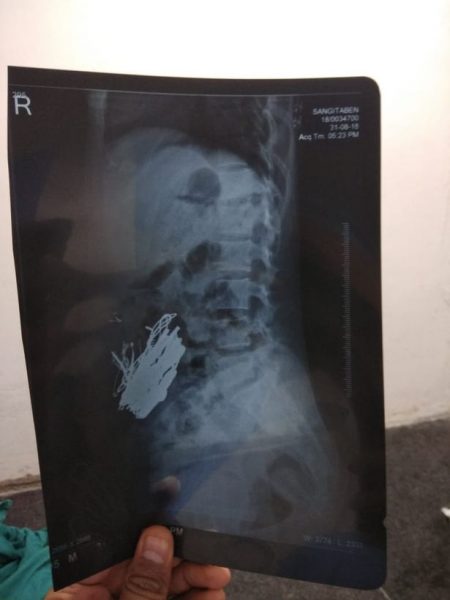 After a few days, she started complaining of the pain in her stomach.

She will be kept in observation by doctors to ensure that no further obstructions can enter her system.