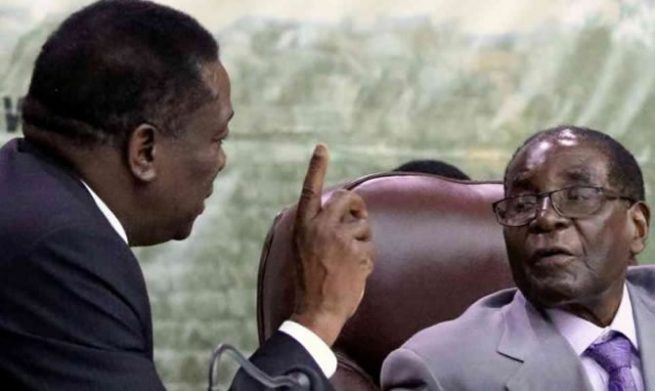 That’s what has become of many former Zimbabwean cabinet ministers and powerful politicians dropped by President Emmerson Mnangagwa.

But it does not start with Mnangagwa’s administration. Former president Robert Mugabe also retired some high-flying ministers the minute they showed ambition by backing the wrong horse in Zanu PF factional wars.

Former state security minister Didymus Mutasa hit hard times in 2016 after he was expelled from Zanu PF. Since then he has been fighting court orders to auction the few belongings he still possesses.

“When I was in government I did not steal even a penny like others and soon I won't be able to buy food for my family‚” Mutasa said to journalists when friends were few.

He was not entirely honest. During Mutasa's time as a government minister he had at least 12 farms and a newspaper report alleged that he gave land to his wives‚ girlfriends‚ relatives and friends.

Currently in Mnangagwa’s crop of the disappointed is former minister of health Dr David Parirenyatwa who last week appeared in court facing a charge of criminal abuse of office. It is the state’s case that Parirenyatwa‚ 68‚ instructed the National Pharmaceutical Company (NATPHARM) – a government company charged with the procurement of drugs for all state-run hospitals – to give senior jobs to his cronies.

As health minister in 2015 he was unprocedurally paid $100‚000 by Premier Service Medical Aid Society (PSMAS) for his services as a medical doctor. It later turned out he had been overpaid by $77‚000 and the matter was swept under the rug.

Former home affairs minister Obert Mpofu‚ whose riches came under the spotlight when he was Mugabe’s mines minister‚ was dropped from the latest cabinet. He was also forced to relinquish his senatorial seat. Now without political cover‚ problems have surfaced for him. The Commercial Bank of Zimbabwe (CBZ) last week petitioned the high court seeking an order for the minister’s company Trebo and Kays to settle an outstanding $76‚000 bank loan he borrowed in 2009.

In 2012 as minister of mines Mpofu bought a then struggling Zimbabwe Allied Banking Group (ZABG) from the Reserve Bank of Zimbabwe for $23-million with about $15-million. ZABG has since collapsed and in July this year the former minister lost the battle to block the high court from transferring some of his properties to the Deposit Protection Corporation (DPC) to liquidate a $17-million debt linked to the purchase of the defunct bank.

This week in his new role as a Zanu PF employee tasked with administration‚ Mpofu told journalists that Zanu PF’s crackdown on bigwigs linked to corruption was not selective but a policy of “zero tolerance to corruption”. He also argued that he has never been poor in his life.

“I was the first black guy to drive a Mercedes Benz in Bulawayo‚” he said.

When the military intervened to put an end to Mugabe’s rule in November 2017‚ the reason given was that they had been targeting criminal elements around the president. Some of the alleged criminal elements‚ once powerful ministers‚ are out on remand with court cases pending.

On Monday‚ the once powerful political commissar Saviour Kasukuwere spent a night in police custody over four counts of alleged abuse of office.

The state is set to prove that he illegally parcelled out land during his time as local government‚ public works and national housing minister and corruptly awarded a tender to a company called Brainworks Capital when he was minister of youth affairs.

Since his departure from government‚ Kasukuwere has been spending most of his time in South Africa where he intends to explore business opportunities.

Zimbabwe was ranked 157 out of 180 in the Corruption Perceptions Index 2017 by Transparency International. Despite Mnangagwa’s vow to deal with corruption‚ analysts feel the purges are aimed at political rivals rather than political correctness.