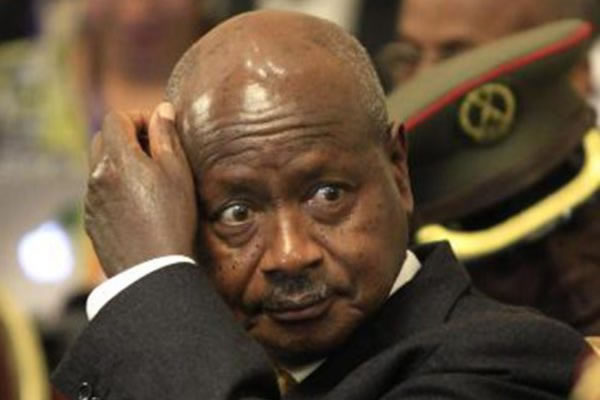 Ugandan President Yoweri Museveni has come under fire on Monday for saying that men should not cook.

Museveni said that he had not stepped into the kitchen since he got married and that it was not a man’s role to cook.

“The head of the home never goes into the kitchen. It is now 45 years with Mama Janet, I have never stepped into the kitchen. That is how it should be,” he said on Sunday in a statement, as an example of how politicians and civil servants should stick to prescribed roles.

Oxfam’s International Executive Director, Winnie Byanyima, hit back at the 74-year-old president on Twitter, saying she was “disappointed”.

“Cooking isn’t a woman’s job. It’s a life skill. All people – men and women should cook,” she wrote.

“When cooking, cleaning and doing other domestic chores are left to women, they are denied an equal chance to raise incomes or to be politically active.”

Beatrice Alaso, from the opposition Forum for Democratic Change, told AFP: “Museveni has revealed to the world what he has always believed in: that women can never be the same as their male counterparts.”

Online news website Watchdog Uganda however defended Museveni’s comments as consistent with the country’s culture which sees men cooking as “taboo”, saying some ethnic groups in the country have a word referring to men who cook as a “transvestite or a man dressing and behaving like a woman.”

This is not fir first time that he has courted controversy. Earlier this year, President Yoweri Museveni pulled a shocker when he issued a “public warning” against oral sex.

Museveni claims this practice has been promoted by “outsiders”, saying the “mouth is for eating and not for sex”.

“Let me take this opportunity to warn our people publicly about the wrong practises indulged in and promoted by some of the outsiders,” the president said in a video posted on Twitter.

“We know the address of sex, we know where sex is.”

Meanwhile in Uganda, citizens are reminded that "The mouth is for eating" -President Museveni. pic.twitter.com/no3ajK6qZN
— thetouchguy (@anetouch) April 18, 2018

In 2014, Museveni signed into law an anti-gay bill that toughened already strict legislation against homosexuals.

Homosexuality is taboo in almost all African countries and illegal in 37 – including Uganda where rights groups say gay people already risk jail.

The anti-gay bill was introduced in 2009 and initially proposed a death sentence for homosexual acts but was amended after an international outcry.