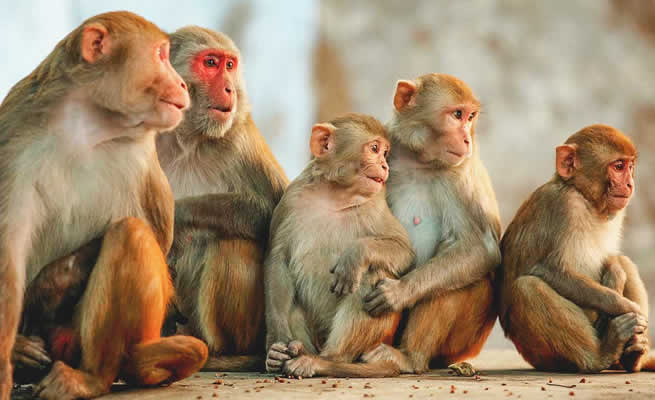 THE family of a pensioner stoned to death by angry monkeys are demanding that cops charge the evil beasts.

According to the Sun, Dharampal Singh (72) was fetching fire wood in a forest near his home in Uttar Pradesh, northern India last Thursday.

Suddenly a group of monkeys started chucking bricks down on him from the trees, which they had apparently collected from a nearby crumbling building.


About 20 bricks smashed into Dharampal’s chest and head.

His brother, Krishnapal Singh told local media: “The bricks were thrown from quite a height, the bricks were enough to kill him."

Dharampal died later from his injuries in hospital, according to the Times of India.

His heartbroken family are now demanding that cops allow them to lodge a formal complaint against the monkeys so that they can be charged.

Krishnapal said: "These rogue monkeys are the real culprits and must pay for it.

"We have given a written complaint against the monkeys but the police don't seem to be convinced enough."

Local cop, Chitwan Singh said: "How can we register the case against monkeys? This will make us a laughing stock! I don't think it is a logical demand. We were informed of the bizarre accident and registered it in our case diary after which a post-mortem was also conducted."

Monkey attacks in India seem to be on the rise. In some incidents, the monkeys sneak up behind people and then leap on their backs, knocking them to the ground.