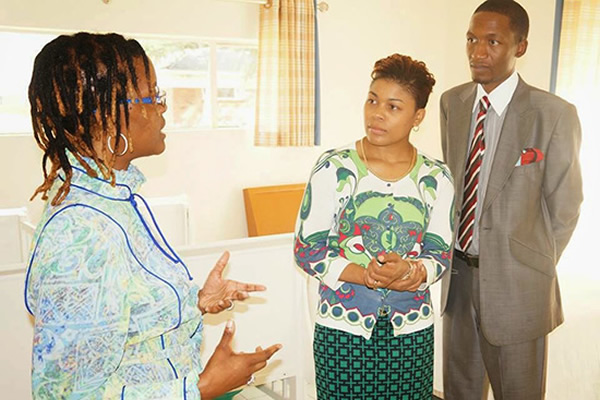 A Very popular Zimbabwean pastor, Uebert Angel has courted controversy after he claimed that God never told a woman to love her husband.

The cleric stated that God never told a woman to love her husband. The pastor buttressed his point by saying that one can never find such instruction in any page of the Bible. He however noted that God only told the husband to love his wife.

According to him, when a husband fails to give his wife love, she malfunctions because she is created to be loved.

God NEVER told a WOMAN to LOVE you as a HUSBAND. There is no such instruction in the bible. BUT he told you the HUSBAND to learn to LOVE your WIFE. In short WOMEN were created to be LOVED that’s why when they don’t receive LOVE they MALFUNCTION… .

The allegedly fugitive Good News Church leader, Prophet Uebert Angel is unlikely to return to Zimbabwe anytime soon as he is reportedly facing imminent arrest over a botched car deal, and this was evident after he failed to visit the country in his recent “African Tour”.

Prophet Angel, who rebranding his church from Spirit Embassy to the Good News Church a couple of years ago, visited has since then Southern African countries such as South Africa, Botswana, Democratic Republic of Congo (DRC) and Zambia in a whirlwind of crusades but suspiciously skipped Zimbabwe, his home country.

This has raised questions on whether Prophet Angel will ever return to lead the flock that made him millions of dollars. The flamboyant prophet was popular for driving top-of-the-range vehicles, including a Lamborghini and Bentley Continental, among others.

At some point, he was quoted as saying he was worth US$60 million. However, it is the US$300 000 Bentley Continental that landed him in trouble after a Harare magistrate, Mr Tendai Mahwe issued a warrant of arrest on December 24, 2014 when he did not appear in court to respond to allegations of lying to businessman Mr Ndabazinengi Shava that he would “harvest” several vehicles and money if he “seeded” his Bentley Continental to the preacher.

Part of the 2014 warrant read: “These are (police) therefore in the State’s name to command you that immediately upon sight apprehend and bring the said person or cause him to be apprehended and brought before the court of a magistrate to be examined and to answer to the said information and to be further dealt with according to law.”

After spending 12 years overseas, Prophet Angel returned to Zimbabwe in March 2011, and his congregation grew rapidly as multitudes embraced his charismatic style and “miracles”.

He dramatically left the country in May 2014, amid speculation that he was either a fugitive, bankrupt or sick. It later emerged that he had fraud allegations that haunted him out of Zambabwe.