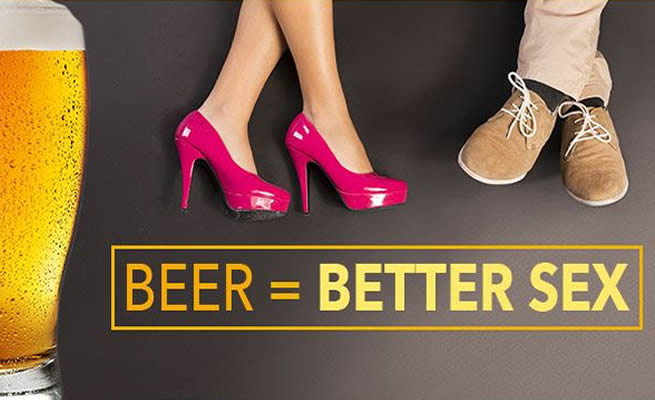 A DRINK or two can help overcome inhibitions and ease a couple into intimacy.

But is there a point when it becomes a problem? What if a couple find they actually don’t want to have sex unless they’ve drunk some alcohol?

Australian Miranda told news.com.au her story. She and Mitch have been married nine years, dated for three before that, and have two kids together.

Miranda spoke about the first time they poked, when they were young travellers in England.

“The moment we walked through my front door, it was on. We kissed and groped and removed items of each other's clothing right there in the hallway. He carried me into my bedroom and we had mad, sweaty, passionate – and quite intoxicated – sex.

After returning to Australia and getting married, slowly their sex life started to settle down, as it often does with couples who have been together for a while.

But slowly it dawned on Miranda that they always drank liquor before having sex.

“Even when we were trying to conceive our sons, we had to have a drink before having sex. We were on a strict roster of sex every two days when I was ovulating, and we would have a drink or two each time to warm up.

“On one occasion, we went on holidays with my in-laws while we were trying to get pregnant, and found ourselves in a hotel room with nothing to drink but a warm bottle of tequila we'd grabbed as we left home.”

Miranda realised too late that the pattern of their relationship had long been established and it’s too late to change.

“Mitch and I love each other a lot, but in order for us to get in the mood, we need to have a drink. It's an unspoken, but clearly understood rule.

“I don't even like drinking that much anymore, but I fear what it would do to my relationship if I gave it up completely. Without a drink, we might never have sex again. It seems too late to change it now.”