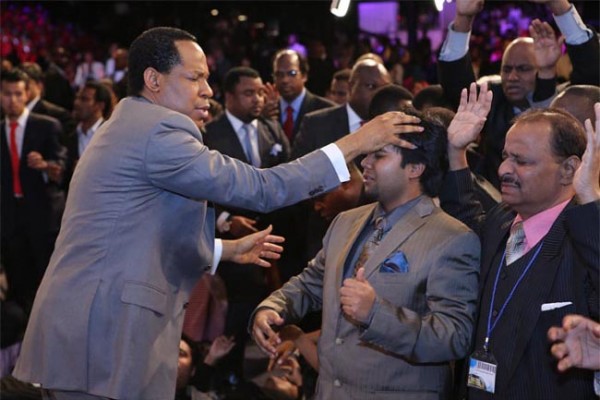 A man who was brought in for deliverance at Pastor Chris Oyakhilome's Christ Embassy Church in Lagos, was reportedly beaten to death.

Nigerian Police Officers of the State Criminal Investigation and Intelligence Department, SCIID, have reportedly commenced an investigation to unravel the ‘mystery’ surrounding the death of 35-year old Olatunji Odusan at the Christ Embassy Church in Lagos.

While the police await the autopsy report, sources claimed that he was tortured within the premises of the Healing School in Oregun area of Ikeja, Lagos. According to P.M Express, the deceased who was reportedly beaten to death, had gone to the Healing Centre for an undisclosed deliverance.

The Lagos State Police who confirmed that two suspects, one Innocent Samuel and Sunday Momoh have been arrested and detained at the SCIID for interrogation, stated that the deceased was beaten severely; he vomited, became unconscious and was rushed to an undisclosed hospital where he eventually died.

The suspects who were said to have jointly beaten the deceased before he was rushed to the hospital, have been charged before the Ebute Metta Magistrates Court for murder and were remanded in prison custody. Their prosecutor, Inspector Adams, informed the court that it was a case of homicide as such it required the DPP advice.

Magistrate A.O. Komolafe who did not take their plea and denied them bail, ordered the prosecutor to duplicate the file and send to DPP for advice. It was gathered that if the DPP finds them culpable, the matter will be transferred to High Court where they will face murder charge. It was further gathered that the defendants may spend the rest of their lives in prison custody, if they are tried and convicted for murder.