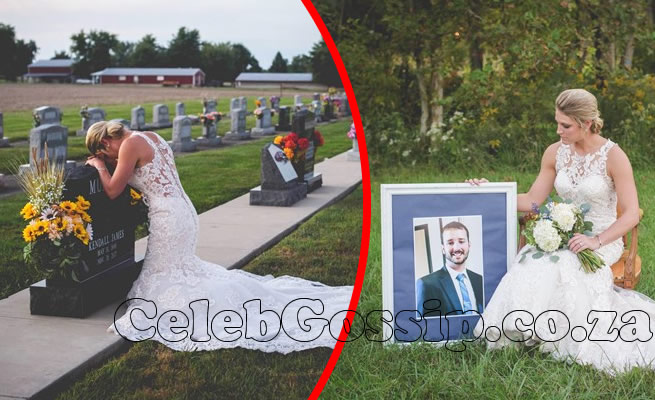 At first glance, it's a normal, sweet wedding album – tearful parents, friends applying make-up to a nervous bride, children giggling. But on closer inspection, it becomes clear that someone is missing.

Kendall Murphy, the groom, had been killed nine months earlier, and Jessica is alone in her wedding dress next to his grave in the US state of Indiana. Years earlier, the story of Jessica Padgett and Kendall Murphy's engagement reads like a Hollywood rom-com. They grew up seven miles apart but only met once they were at college, Zambia News 24 has reported. 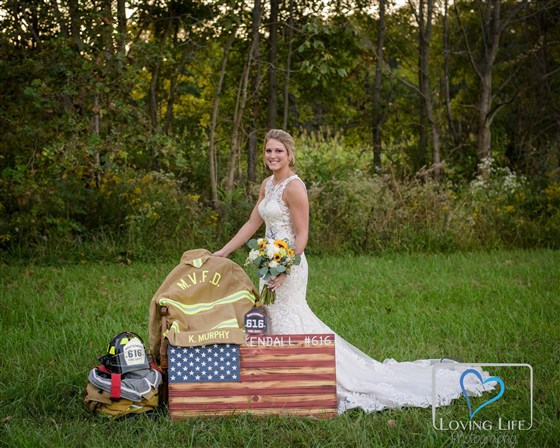 Both huge American football fans, Kendall surprised Jessica by getting down on one knee during a solo tour of the Notre Dame stadium. When tragedy struck last November and Kendall was killed in an accident, Jessica, 25, was naturally devastated.

"Kendall was an amazing guy. A very loving, compassionate man. He would lend a shirt to anybody," she told the BBC.

But she decided not to cancel the big day. Instead, on 29 September, Jessica put on the white dress she'd chosen for their wedding and she gathered family and friends. The photographer the couple had originally booked for their wedding took the pictures. 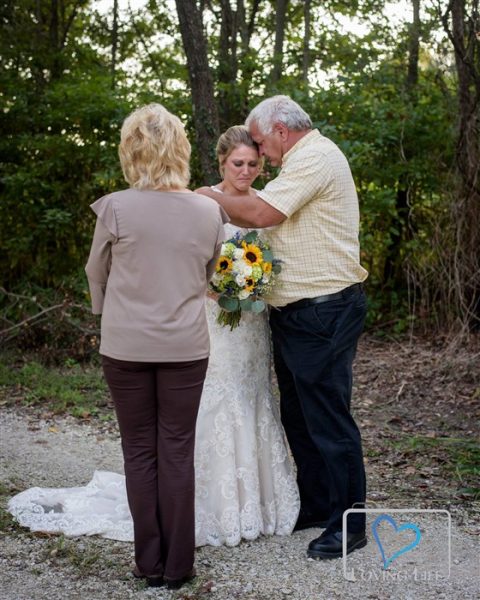 "I wanted to still celebrate our wedding day, even though he wasn't physically there with me. I wanted memories of the day that we were supposed to have in my dress," she explains.

The idea for the photo shoot didn't come to her immediately, but instead when the wedding boutique called shortly after Kendall died to say her dress was ready.

"At first you don't want that dress anymore – your dream of marrying your best friend is over. But my parents had paid for it so we decided to pick it up, and then the idea came to me." 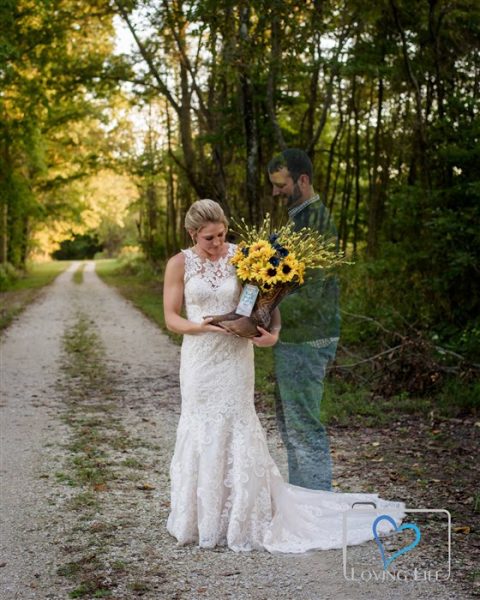 Unbeknownst to Jessica, her mother-in-law to be had also asked the photographer if she would be willing to do a photo shoot. The resulting images are a visual testimony to the strength and resilience of a young woman struggling with loss.

"I was a train wreck. All these thoughts came in my head – 'I'm standing beside no-one, my groom is not here with me'. When I saw my dad I completely lost it, I just thought I won't get to have that father-daughter dance," Jessica explains.

But mixed in with the grief, there was a lot of laughter. 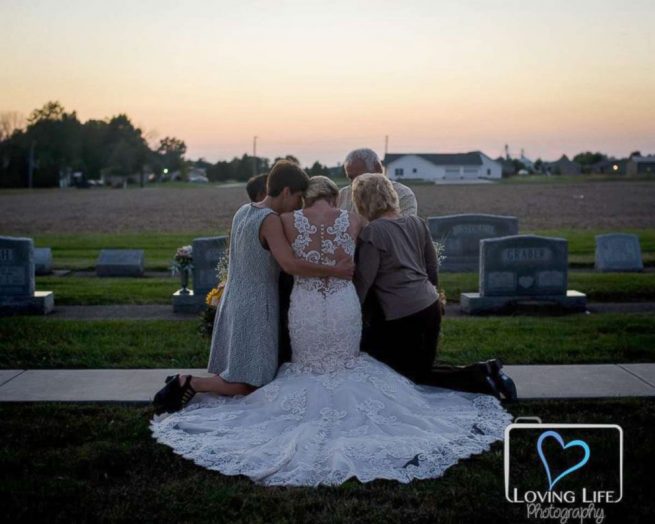 "There were some silly stories told, which I'm glad about. And the mosquitoes were terrible, I was bit up! That's another thing we were laughing at. I wanted to show my strength. I have to be brave for myself and others. It's not like Kendall's coming back."

Having the wedding day is part of the healing process for Jessica and her family, she says. Included in the group of family and friends were some of Kendall's colleagues from the fire department where he volunteered when he was killed attending an accident.

"I had told them not to worry about coming. I know how guys are, they are usually late at weddings, they don't want be there. But I got a surprise, all the guys were there standing in the spot where they would have been at the church. I was in shock that they took the time and they cared enough to do that for me." 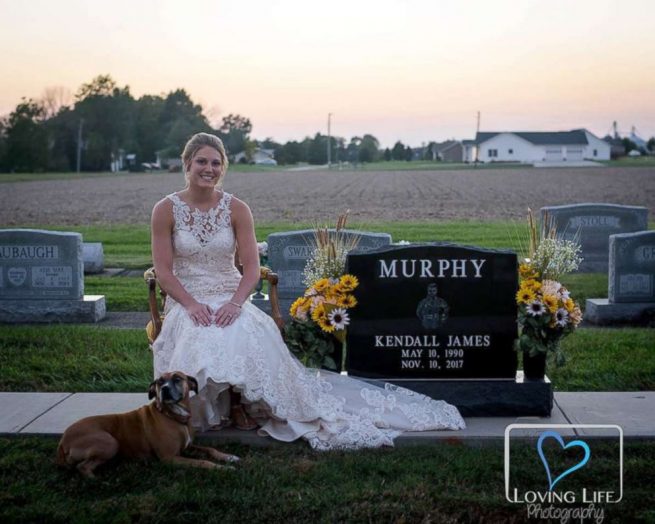 The images went viral when her photographer posted them on Facebook. Although that changed what Jessica had wanted to be a personal moment, it also brought extra meaning.

"I got messages from grieving people I don't know, telling me their story and how strong and brave I was. They said if I can do it, so can they."

The photos highlight the many ways that people grieve when they lose a loved one, particularly at such a young age. 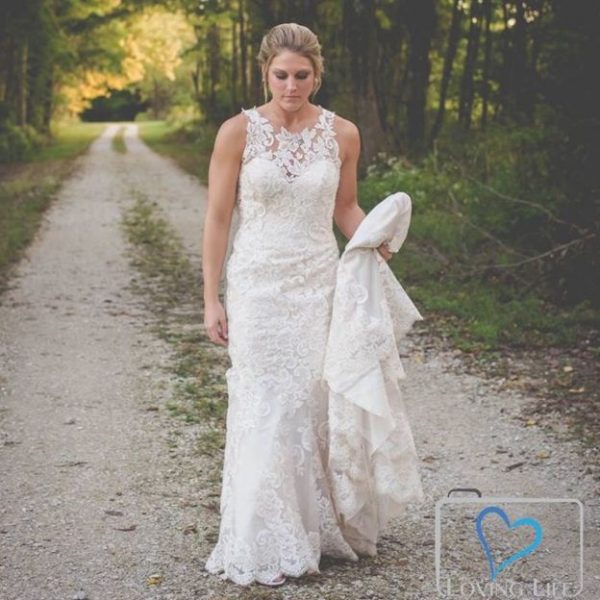 "After the photos, I felt like I did something good – I felt like I was a bit stronger, but then the next day came and it brings back all the sad moments and the emotions about him."

She says the photos made her feel closer to Kendall: "I can see him now, laughing at it going viral. He brought the strength to those pictures – I honestly do think I felt him in my heart."