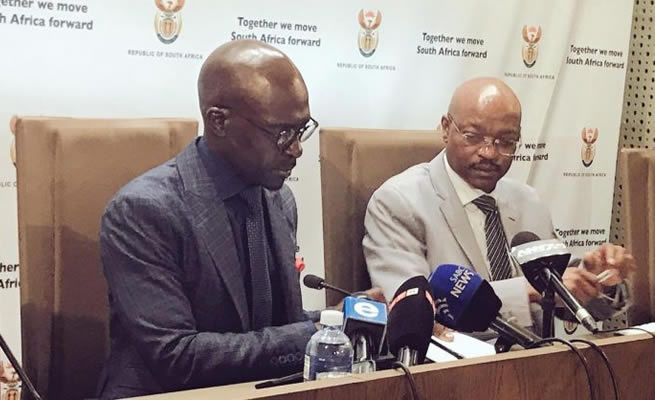 Minister of home affairs has announced amendments to visa regulations aimed at helping achieve the goals of Ramaphosa’s stimulus package.

Minister Gigaba held a media briefing in Pretoria to announce changes to the South African visa regulations on Tuesday morning.

Among the amendments is an update to visa arrangements for businesspeople from two Brics countries that require visas: India and China.

Getting a visa will now be easier for businesspeople from these countries. They will soon be eligible for a 10-year multiple-entry visa, with five days needed for their application.

The new arrangement also makes provision for home affairs to take biometrics for those eligible on arrival in South Africa.

Gigaba says the new arrangement is aimed at attracting business and investment to our country.

The minister added that negotiations were being finalised regarding visa waiver agreements for countries including Cuba, Palestine, the UAE, Ghana, Kuwait and Morocco.

Gigaba also stressed the importance of tourism, and said three-year multiple entry visas for frequent travellers would be granted to provide greater ease of movement.

Ten-year multiple entry visas would be granted to travellers for business meetings or academic exchanges.

He said the development of a new e-visa was at an advanced stage and would be piloted in New Zealand by April 2019.

The minister also mentioned that some of our visa laws will remain the same. For example, if you’re travelling outside South Africa with a minor you will still be required to provide proof of parental consent.