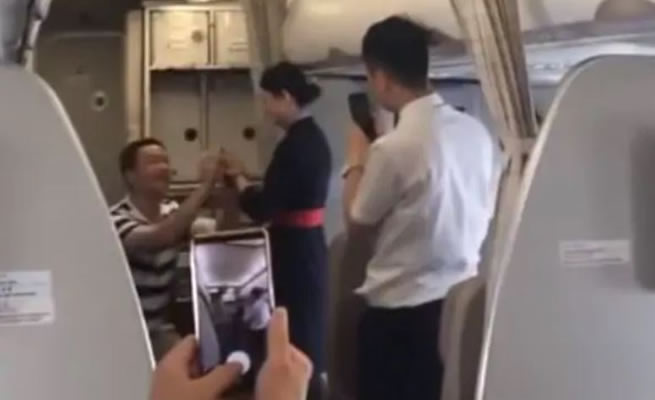 IT was one of those priceless moments when a man got down on bended knee and proposed marriage in public to the love of his life.

The good news is she said yes. The bad news is that the romantic moment got her fired.

According to Fox News, the unnamed flight attendant on a China Eastern Airlines was proposed to by her long term boyfriend in the middle of a flight on 10 September.

More than a million people have watched the moment on YouTube.

“I really didn’t know my boyfriend will be proposing to me on this flight, thanks for being my witnesses,” she said at the time, according to Asia One.

But last week the airline burst her bubble by dismissing her from her job because she “neglected passenger safety”.

According to Channel 8, the company’s letter firing her complained of “private romantic behaviour that caused turmoil among passengers” and said her behaviour was “extremely irresponsible for the safety of passengers”.