Home International News Man (35) sentenced to 160 years in prison for impregnating his girlfriend's... 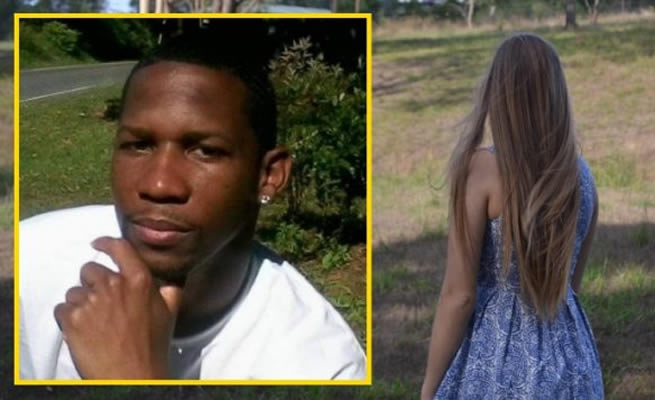 An Indiana man has been sentenced to decades behind bars after forcing a 10-year-old girl to have sex and impregnating her, prosecutors said.

Zambia News 24 reported that Nicholas Deon Thrash, 35, was sentenced Thursday to 160 years in prison after he was convicted last month on 10 counts of child molestation. Prosecutors said that Thrash, from Marion, Ind., forced the young girl to have sex with him numerous times over at least a two-year period and, at age 10, she came pregnant. After she turned 11 last year, she gave birth, according to news reports.

“Obviously, I am extremely pleased with the sentence,” Grant County Chief Deputy Prosecutor Lisa Glancy said Friday in a phone interview with The Washington Post. “One-hundred-and-sixty years is what I asked for. Based on the facts and the egregious nature of the crime, I thought it was warranted. I am pleased for the child.”

An attorney for Thrash could not be reached for comment.

According to an oral probable cause determination, Thrash started having sex with the young girl when she was 8. At the time, Thrash lived with the child and her mother, who was Thrash’s girlfriend, in Georgia, police said.

The girl told investigators that since the three had moved to Indiana in 2016, Thrash had had sex with her an estimated 15 more times.

Officers with the Marion Police Department in Indiana told the court during a probable cause hearing last year that they had learned that child welfare workers in Georgia had first become aware of the allegations and that police there had opened an investigation. During that investigation, male DNA was discovered on the girl’s underwear and authorities began searching for Thrash, according to court records.

Court records state that around that time, Thrash and the girl’s mother took the girl and moved to Indiana.

The girl told investigators that, at some point, her mother had given her a pregnancy test and determined that she was pregnant. DNA testing later revealed that Thrash was the baby’s father, according to Chronicle Tribune. Once in Indiana, the girl told investigators, her mother took her a clinic in Indianapolis to see about getting an abortion, but she was denied services, according to the court documents.

The girl told investigators that a group she described as protesters outside the clinic performed an ultrasound. That group then reported it to the authorities, according to the court documents.

During his trial, Thrash denied that he had ever had sex with the child, telling jurors that instead, the child’s mother had taken his sperm and inseminated the child, according to Chronicle Tribune. After sentencing, prosecutors said that Thrash would not be eligible for parole until serving at least 85 percent of his 160-year sentence, which means that he won’t be up for parole for 136 years.

The girl’s mother has been charged with aiding child molesting, neglect and assisting a criminal, according to prosecutors. Online court records show that her trial is scheduled for Oct. 9.

Glancy, the chief deputy prosecutor in Grant County, said the girl, who is now 12, is in a residential facility getting “intense treatment.” The prosecutor said the baby was put up for adoption.