Home International News Wife (27) refuses to have sex with dead broke husband (87), a... 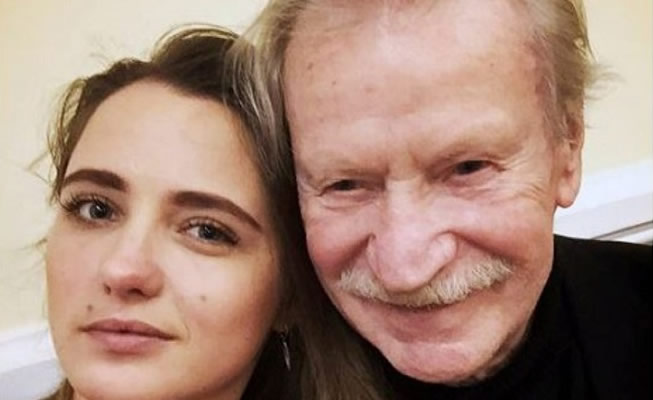 A famous 87-year-old actor is divorcing his 27-year-old wife because she has refused to have sex with him.

Ivan Krasko, a prominent yet dead broke Russian actor, known for more than 140 roles in Soviet and Russian movies, wed Natalia Krasko in September of 2015.

However he said that almost immediately she had started refusing sex – because she was worried about getting pregnant.

He said she was also worried about the fact that they did not have the money to raise a child and did not even have a place of their own to stay in.

The revelation is in contrast to his statement last year that he wanted to have children with Natalia, but now he wants a divorce from his younger wife.

Reportedly Natalia who grew up in a poor family felt that she did not want the same destiny for her children.

Natalia said: "I don’t want to become a single mother, children mean responsibility, and we don’t even have our own place."

During all the years of their marriage the pair has been living with Krasko’s grandson Kirill’s at the younger man’s flat in the Russian capital Moscow.

Natalia said that she only learned she was being divorced during a vacation in Spain, and for his part the actor plans on returning to his last wife Natalia Vyal, who was his third spouse and is the mother of his youngest two sons.

Mr Krasko already has three sons and two daughters from his previous marriages and even though he became a grandfather five years ago, earlier this year he insisted that he wanted another child.