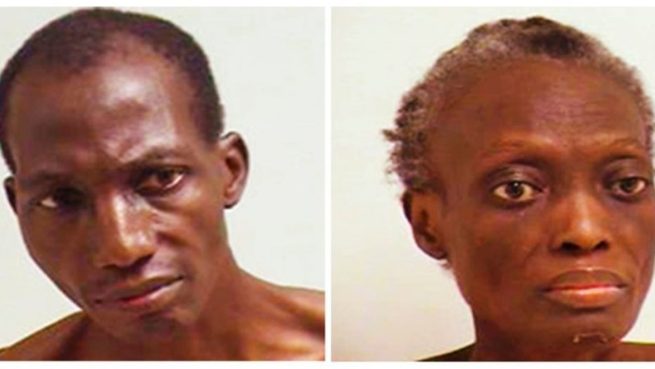 The parents of a 15-year-old boy who allegedly died of starvation last week in Reedsburg were charged Tuesday in Sauk County with causing the child’s death through neglect.

Kehinde Omosebi, 49, and Titilayo Omosebi, 47, were also charged with child neglect causing great bodily harm after another son, 11, was found alive but extremely emaciated following what the boys’ father, Kehinde Omosebi, called a religious fast that he told police began on July 17, according to a criminal complaint.

Reedsburg Police Chief Timothy Becker said police had to break through padlocked doors to reach the boys at a residence on Alexander Avenue on the west side of the city after Kehinde Omosebi alerted them Sunday that his son had died there. Once inside, the police immediately encountered the distinct smell of a corpse, he said.

“It wasn’t a fast, it was neglect because the statutes make it clear that you have to provide necessary food (to children),” Becker said. “When you lock your kids in the house and the father is the only one who can leave, it stops being a fast and starts being starvation and neglect.”

Officers found the 15-year-old boy’s body in a chair in a bedroom, according to Becker. The criminal complaint said the boy was wearing a gray hooded sweatshirt with the hood pulled over his head. The boy’s backbones and ribs were visible under his skin, it said.

“It wasn’t like the kid was healthy on Thursday and then died on Friday,” Becker said. “His death was a long process and his parents did nothing to stop it. That’s the most concerning thing about this.”

The Omosebis’ 11-year-old son was so weak when police arrived that he couldn’t walk out of the residence on his own and had a hard time talking, according to the criminal complaint. The boy was holding onto a Bible and an envelope that police said contained pamphlets about death, which were handed out to officers when they arrived at the residence, the complaint said.

The boy also signed his name to a handwritten letter that police found at the residence, the complaint said. It was addressed to “Lawyers of Sauk County Circuit Court” and included statements such as “The hunger is too much. Please help me now so I may eat,” “I can’t continue in such a life with no food” and “If I don’t get food now I’ll probably die of hunger.”

Becker said the boy was initially taken to Reedsburg Area Medical Center but was later moved to the American Family Children’s Hospital in Madison, where he has been placed in protective custody.

“My heart goes out to the kids because the people they trusted the most betrayed them,” he said.

The entire residence was barren of furniture and other belongings with the exception of three other chairs in the bedroom, Becker said.

“The residence had no phone, no power, no food,” said Becker, who has been in law enforcement for 30 years and Reedsburg’s police chief for 13 years. “I’ve never seen anything like it before. It’s tragic.”

Kehinde Omosebi, who is from Nigeria, made up a story about being the minister of a church called the “Cornerstone Reformation Ministries,” according to Becker.

“He is not affiliated with any church that has any public records proving their existence,” Becker said.

Sauk County Circuit Judge Wendy J.N. Klicko set bail at $5,000 for Kehinde Omosebi, who made his initial court appearance via closed circuit television from the Sauk County Jail in Baraboo. As a condition of bail, Klicko ordered him to have no contact with his surviving son. An initial court hearing for Titilayo Omosebi was delayed.

Both parents are eating again, according to Becker.