Home International News Good news if you have a small PEN!S: A small C0ND0M for... 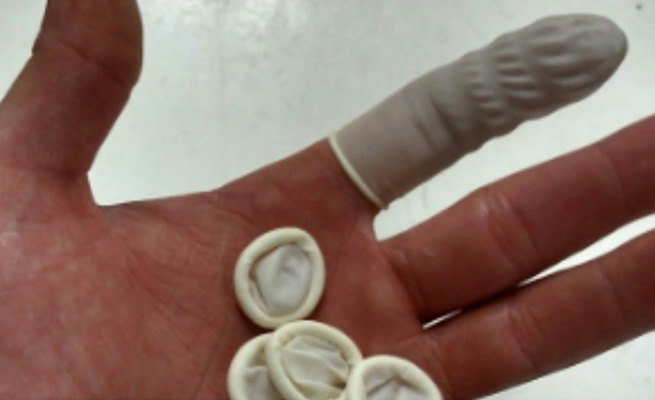 THE days of one size fits all condoms are over.

Tiny condoms are now available in the market, even the world's smallest condoms.

Using the wrong size condom not only affects enjoyment, but can also raise the risk of disease and pregnancy, health experts warned.

Ill-fitting condoms more than doubled the chances of them splitting or slipping off, a team of US researchers found.

Research also showed that the size of the average British man manhoods are too small to fill standard condoms, so a UK based company called TheyFit then started designing smaller condoms.

TheyFit has developed a staggering 66 different sizes of custom-fit condom – and has even produced a special measuring tape to ensure customers get exactly the right size.

The firm's research has shown that 'millions of men every single day are searching the internet for small condoms and a real solution to their problem'.

The company chooses to use letter and number codes, rather than traditional XS-XL sizing, to allow for greater discretion and confidence when ordering and posting.

One reviewer who had tried the 'E' length – the shortest available – wrote on the website: 'I had tried smaller condoms before and found they were still much too long for me. I assumed it was just a cruel trick being played on me.

My TheyFit was perfect – thank you for doing this.'One customer who had bought the 55 girth – the tightest on offer – added: 'I'd like to congratulate you on the most obvious idea ever. This condom fitted like a glove.

'The first time I have ever been able to use a condom without worrying that it would slip off.'