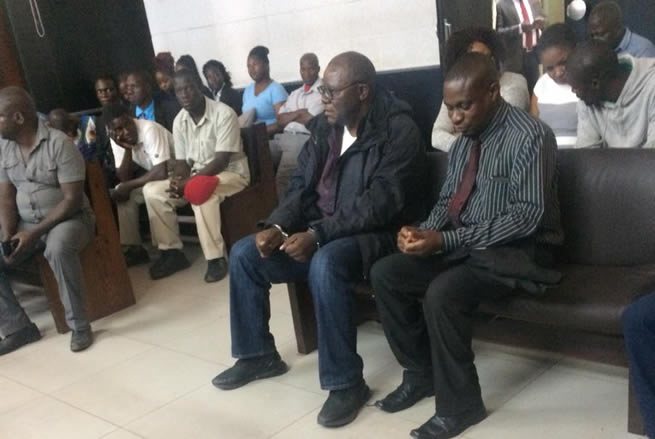 President Emmerson Mnangagwa has claimed credit for intervening to ensure that opposition MP Tendai Biti was released on bail after two days on the run. If this is part of a presidential strategy, it could spell bad news for a court challenge to the election results.

“Tendai Biti was released earlier today following my intervention. At such a crucial time in the history of the new Zimbabwe, nothing is more important than unity, peace and dialogue(1/3),” he tweeted.

“Equally important, however, is an adherence to the rule of law. I repeat – no one is above the law. Thus due to the serious nature of the allegations of incitement, due process will continue. (2/3)”

“I call on all parties to immediately cease from all forms of incitement to violence, and to conduct all activities solely within the framework of the law. All Zimbabweans must join us now in striving for unity, peace and reconciliation. Peace is paramount. (3/3)”

The first sentence is the most interesting. Did Mnangagwa’s intervention have something to do with the state not opposing bail by the time an exhausted Biti was dragged to appear before the magistrate’s court in Rotten Row, Harare, late on Thursday afternoon?

He was charged with inciting violence and illegally announcing poll results after he declared an opposition win shortly after elections day and way before any official announcement. An opposition protest marred by vandalism followed the day after, to which soldiers responded by shooting dead at least six people.

Did Mnangagwa give instructions to state prosecutors not to oppose bail, or, possibly worse, did he make presiding magistrate Francis Mapfumo understand that the presidential wish was that Biti be released? After all, Biti’s arrest was so messy and such a PR disaster that it would make Biti look a martyr if he were made to languish in a jail.

Biti managed to cross the border into Zambia on Thursday before he was dragged back to Harare by law enforcement, so why wasn’t he considered a flight risk by the court?

Perhaps the bail amount and conditions would be sufficiently stringent to prevent him from leaving. He had to surrender his passport and title deed to a property and has to report regularly to the police. If, however, he tried to claim asylum in Zambia, a country he didn’t need a visa to enter in the first place, and he was genuinely fearing for his safety, how would not having a passport stop him from applying for asylum to a sympathetic embassy in Harare?

Did Biti eventually make some kind of deal with Mnangagwa, or was it a desperate bid by Mnangagwa to spin the government out of an international relations disaster?

Even the United Nations High Commission for Refugees stepped in to say it was concerned about Biti’s forced return from Zambia because this was “a serious violation of international refugee law”.

By the looks of it, Biti chose this crossing for a quick exit. It’s a one-stop border post, which means you get stamped out of Zimbabwe and into Zambia in the same building – unlike, say, the Beitbridge border post where you stamp out of Zimbabwe on the one side, cross the Limpopo River, and wait about five hours on a good day to get stamped into South Africa on the other side.

The ploy worked, at least until the Zambian police decided to hold him, and Zimbabwean police crossed into the Zambian side, according to Biti’s lawyer Gilbert Phiri, and forced his return to Harare.

If true, this would amount to a breach of Zambia’s sovereignty, but the Zambians didn’t seem that fazed.

Minister of information and government spokesperson Dora Siliya tweeted that Biti was denied asylum because there was “no breakdown of law and order in Zimbabwe” and citizens were not under threat.

Also: “SADC said elections free and fair.” This isn’t exactly true as SADC hasn’t yet come up with a final report, but the report about elections day, before the army and reports of intimidation started, was positive.

Siliya appeared to suggest that Biti was directly responsible for the deaths of the six people in the post-election protests.

“Biti not deported but handed back as he had not gained entry into Zambia,” she tweeted.

Phiri said Biti applied for asylum at the border post, but this failed.

Phiri waited for him in Lusaka, but after Biti was taken in by Zambian police, claiming they were holding him for his own safety, the lawyers got a court order that would prevent the police from sending him back to Harare.

The legal team arrived around 04:00 with the court order, but the police refused to acknowledge receipt, and the hard copy Biti was given to wave in their faces also didn’t work.

Siliya justified his deportation by saying the handover documents were processed on 8 August while the court order against his return was processed on 9 August, which, according to Zambian government logic, meant the handover won.

By 06:00 Biti was back on the “wrong” side of the Chirundu border post, and by 08:00 his lawyers were back in court in Lusaka and, instead of arguing his asylum bid, the team indicated they would apply for a contempt of court order against the police officials.

Phiri also suggested it was a breach of the SADC protocol on extradition by which a country could not extradite a person into another country where he would be prosecuted.

There was proof to suggest that “Biti could face harm at home”, Phiri said.

“They shot at his brother’s car because they thought he was inside, and they jumped the fence at his mother’s house in an attempt to find him.”

There is also a suggestion that President Cyril Ramaphosa stepped in to help on Wednesday night, and suggested Biti travelled to the South African high commission in Lusaka to seek asylum. This wasn’t possible, because Biti was being held at the border, and prevented from applying for asylum anywhere else, as he should have been entitled to.

Ramaphosa’s intervention could not be independently verified with South African authorities, which still prefer a form of quiet diplomacy with regard to Zimbabwe. Ramaphosa, also the current chair of SADC, left for Zambia late on Thursday for a working visit ahead of next week’s head of state summit in Windhoek, Namibia. The matter is bound to come up.

The United States meanwhile also issued a scathing statement about the Zambian border post events, saying it would “be discussing this matter with Zambia’s leaders and reviewing certain aspects of our co-operation with the Zambian government”.

Biti was allowed a night’s rest before his next scheduled court appearance in Harare on Friday.

Meanwhile, opposition MDC Alliance’s presidential candidate Nelson Chamisa has started assembling a big-shot legal team, including South Africa’s Dali Mpofu and Tembeka Ngcukaitobi, ahead of an expected challenge against the results of last week’s Zimbabwean elections. Such a dispute could postpone Mnangagwa’s planned inauguration on Sunday by two weeks, and it could prevent him from attending his debut SADC summit next week.

Chamisa has thus far refused to take journalists into his confidence on what evidence the MDC has of elections rigging, and even sympathisers admit that the party’s elections monitoring effort was disorganised and thin on the ground, and that they didn’t have evidence as good as they’d have wanted.

There is also the added question now of whether Mnangagwa would “intervene” in this court bid in the same way he did with Biti’s release on Thursday.

Ramaphosa and Botswana president Mokgweetsi Masisi have already sent out statements that they were planning to travel to Mnangagwa’s inauguration on Sunday; the next two days will determine if these plans will stand.