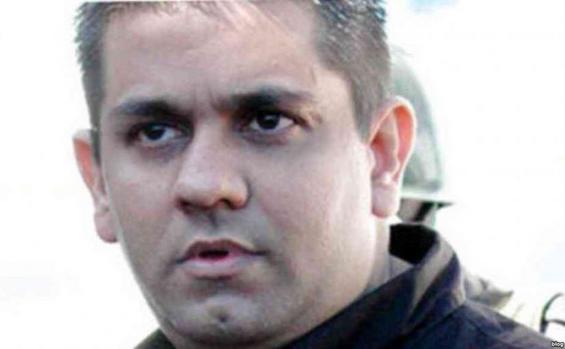 A Mozambican national arrested in Thailand on Wednesday is suspected to be at the centre of an international crime syndicate behind the kidnapping of prominent Cape Town businessmen.

According to highly placed police sources, Momade Assife Abdul Satar, who goes by the name of “Nini”, and dubbed “Mozambique’s most notorious assassin”, is alleged to have recruits in Cape Town who carry out kidnappings.

This month 65-year-old Layaqat Allie Parker, founder of the Foodprop Group, which owns the Foodworld supermarket chain, was abducted at his Parow business in Stairway Close in De Greens. There is still no word of his whereabouts.

In July last year the owner of Zhauns Business Opportunity Machines, Sadeck Zhaun Ahmed, was kidnapped outside his business in Victoria Road, Salt River. He was returned home after two months, there were reports that a ransom of R20 million was paid for his release, but his family denied it.

In August last year 76-year-old Omar Carrim was taken by a group of unknown men after leaving his business, Home Hyper City, in Pretoria. Police later found his burnt-out Mercedes-Benz, and Carrim was released by his captors in December. Nini was arrested in Thailand on Wednesday following an international arrest warrant being put out for him, the Mozambican government said.

The sources say Nini is due to be extradited from Thailand to Mozambique, and then to Cape Town. Nini left Mozambique while he was on parole, in 2014, after having served time for being involved in the murder of journalist Carlos Cardoso in 2000. Cardoso had exposed large-scale corruption in the country, which reached the upper echelons of the government, and fingered the son of the president Joaquim Chissano.

In a Mozambican government statement, an unnamed official said Nini had travelled on a fake passport and name. It was reported in Mozambique that the country’s Attorney General’s office said the operation in Thailand also involved the Mozambican National Criminal Investigation Service.

A Mozambican “wanted” statement recently released read: “In fulfillment of an international arrest warrant, issued by the competent national judicial authorities, following the revocation of the parole granted to the citizen Momade Assife Abdul Satar, better known as Nini Satar, the Office of the Attorney General of the Republic, in co-ordination with the national criminal investigation service, carried out an investigation in order to locate and capture this citizen.

“As part of the proceedings, with the support of local authorities, it was possible to locate and capture the citizen Momade Assife Abdul Satar, better known as Nini Satar, on Wednesday July 25 in the Kingdom of Thailand.”

When police spokesperson Noloyiso Rwexana was asked to comment on a possible link between Nini and the kidnappings in the country, including Parker’s, she said they were still investigating and would not go into detail.

“Kindly be advised that this office is unable to divulge finer aspects of the on-going investigation,” Rwexana said.

While visiting Parker’s family recently, Police Minister Bheki Cele told them the kidnapping of businessmen had been prioritised as one of the top-four crimes in the country. Of the probe into the kidnapping of Parker, Cele said they were using different methods to get to the bottom of it. He would not elaborate.

Parker’s family spokesperson, Walid Brown, said yesterday: “There are many leads and tips which have been received. Many turn out not to be credible.”

In 2004 Nini was involved in Mozambique’s largest ever bank fraud case, whereby 144 billion meticais ($14 million at the exchange rate of the time), was stolen from the country’s largest bank, the BCM, on the eve of its privatisation in 1996.

Several people suspected of working with Nini cannot be named.