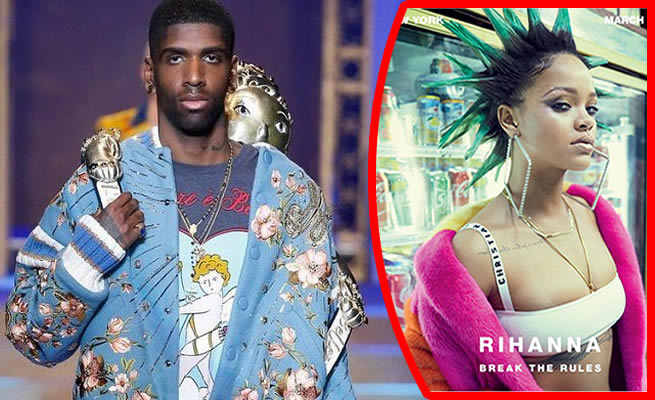 A popular celebrity stylist Farren “Fucci” Jean Andrea, is requesting that we all pray for him as he announced that he has been infected with the dreaded Human Immunodeficiency Virus (HIV).

The 25-year-old stylist, who has styled the likes of Rihanna, Jhene Aiko, Bella Hadid, and more, took to his Twitter account on Wednesday, July 25, to make the announcement as he further sought our prayers.

Using the caption “Pray for me,” Fucci revealed how hard it was for him to reveal his HIV status to the entire public, as he urged his fans and followers to support people living with the virus, especially when they make their “truth” known to the public.

New York City-based independent magazine focusing on fashion, Paper Magazine, confirms the nexus between Fucci and Rihanna, adding that he’s “the most influential person in fashion you’ve never heard of.”

The magazine added: “His keen eye has earned him a vast following on Twitter and Instagram, with even Rihanna counting herself as a fan — a move that also led to him landing a job on Diddy’s creative styling team, The Fashion Mansion Group. We chatted on the phone about his inspirations, goals, and how he plans to become the next Yeezy.”

In an exclusive interview published by the magazine on September 1, 2016, the stylist had revealed how Rihanna found his work.

“Rihanna probably is the reason I have my followers, to be honest. When she first followed me I was only at 2,000 or 3,000? Right after she followed me, it started sky-rocketing. She was posting some of my fashion collages and, of course, she DM’d me a couple of times and said some nice things about my sense. I hope that I get to work for her one day. Honestly, she’s the one who pushed me to keep doing wardrobe styling because when I would DM her, she would be like “You have a great eye and hopefully I’ll work with you one day.” That really motivated me and working with her has become one of my goals. Honestly, she’s the reason that my Twitter turned into a fashion blog, because she started telling me to post more looks.”

The Fadar also confirmed that in March 2017, he styled Rihanna for a Paper Magazine cover story. (He’d previously dressed Bella Hadid for the magazine in December 2016.)