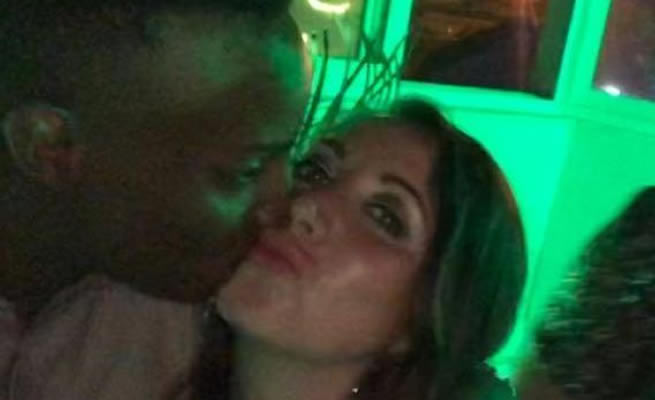 The heartbroken wife of Britain’s most violent prisoner has hit back at his divorce demands by claiming that their bizarre marriage has driven her “to the brink.” Charles Bronson is divorcing his wife after she let a lad bury his head in her boobs.

Bronson, 65, went berserk when he saw our pictures of Paula Williamson, 37, on a wild night out in Tenerife.

The prisoner told a contact to let his wife know that their brief marriage was over. Paula was on a trip to Tenerife last week when she bumped into six lads on holiday.

She said she dared them to find out if her boobs were fake. After the pictures were published, Paula said: “I have to own up to my mistake. “I have dented his pride and humiliated him. But I’ve lost everything now.”

However, she has since hit back, telling The Mirror: “If anyone should be filing for divorce it’s me but I love him too much. I sat across from him in prison a couple of months ago when I hit rock bottom over the way he was squandering his chances of parole and I showed him scars on my arms from where I had tried to hurt myself. I feel like he has chewed me up and spat me out just like he did with the last woman who fell for him. Love and marriage are supposed to make you happy. We haven’t even been married a year and I have reached points where I have been so low I didn’t want to carry on.”

She added: “But I did carry on because I loved Charlie and I wanted to help him get his freedom back. But now I don’t even know whether that was what he wanted. I can never say I regretted marrying him because I still feel that love. I defended that man to the hilt. I told people he had changed – that he wasn’t the evil person everyone thinks he is. He has repaid me by breaking my heart.”

The former Corrie actress was reportedly told not to get fat by Bronson, who demanded she do 400 sit ups a day.

She said: “I have been used and controlled from behind bars as he has poked fun at my weight and told me I am an embarrassment.”

The wife of the notorious prisoner, who suffers from depression, said: “This relationship has driven me to the brink and I have been so low that I have even thought about taking my own life.

“No relationship should make you feel that way.”

They toasted their marriage with sparkling water, before Bronson nabbed their wedding buffet leftovers for his fellow lags.

Her horrified parents boycotted the nuptials – but Paula insisted their union was for life and she’d help her hubby secure freedom after nearly three decades behind bars. Just weeks after they wed, Bronson was transferred to HMP Frankland in Co Durham after a blazing row with the deputy governor over the wedding snaps. The ceremony was only attended by four of their friends. Her parents boycotted the marriage but she insisted that she’d help her new husband secure freedom.