Home International News Shock as man (32) cuts off his penis because it was spoiling... 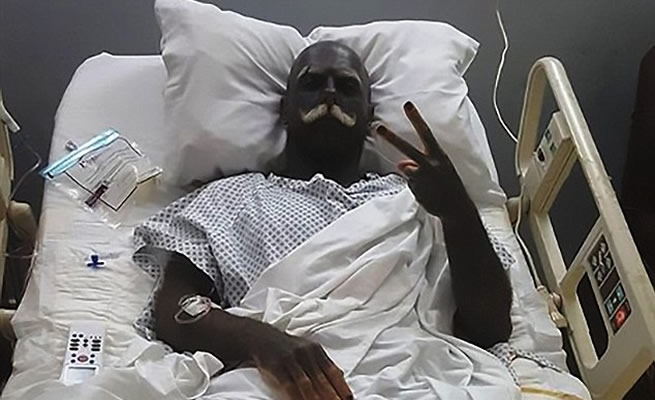 A MAN who survived cancer and made a life of tattooing his body had his penis and nipples cut off because they spoiled the view of his body art.

According to Daily Mail, Adam Curlykale (32) from Kaliningrad in Russia was diagnosed with cancer 12 years ago.

From then on, he went about fulfilling his vision of tattooing his entire body with his favourite colour – grey.

He inked about 90 percent of his body, but didn’t tattoo his penis, balls or nipples.

Deciding he didn’t like the look of the pale skin against his grey-coloured body, he decided to pay for an operation to get rid of them all.

Adam had to travel all the way to Mexico to have the operation, according to reports.

He cracked celebrity status in parts of Europe last year when he appeared on a TV show called Second Face, where he explained that he went wild for tattoos because they covered the scars left behind from cancer.

It also hid his very pale skin, since he had also been diagnosed with albinism.

“I always knew that I was different from the rest of society,” he said.

“My favourite colour, for example, has always been grey, in different tones, and that's why my current skin colour is graphite.”

He makes no apologies for his bold moves.

“I design my tattoos because it's my body. I have a specific vision for myself and I do it step by step,” he said.

“Life is so short that I stopped wondering what will happen tomorrow. Life is here and now.”