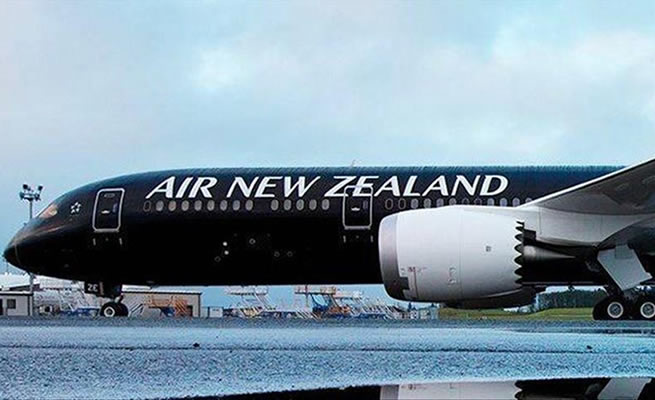 Larry Page, Google's co-founder and one of the world's richest men, has been granted New Zealand residency under a category for wealthy investors.

Applicants are required to invest at least NZ$10m ($7m, £5m) in New Zealand over three years.

Mr Page entered New Zealand in January, when its borders were still closed because of Covid-19.

But the government said he was allowed in because of a medical emergency application involving his son.

Mr Page, 48, had applied for residence in November. However, his application could not be processed because he was offshore at the time.

But in January, the US tech billionaire was allowed into New Zealand so his son could be evacuated from Fiji because of a medical emergency, the government confirmed on Thursday. His application was approved in February.

In parliament this week, Health Minister Andrew Little defended the decision to grant him entry.

"[His entry] met all the standard conditions of a medical emergency requiring a medical evacuation from the islands, and every requirement and regulation that was in place… was complied with," Mr Little said, according to a transcript on the parliament's website.

Some critics of the decision highlighted its apparent unfairness.

"We have got these GPs or nurses who are stuck in an interminable waiting room to get their residence, whereas Larry [Page] comes in and boom, straight away can become a resident," immigration adviser Katy Armstrong told Radio New Zealand.

Mr Page is listed as one of the richest people in the world with a reported wealth of more than $116 bn. He stepped down as chief executive of Google's parent company Alphabet in 2019, but remains a board member and controlling shareholder.

He is not the first Silicon Valley tech billionaire to have taken a particular interest in New Zealand.

Peter Thiel, a co-founder of Paypal and early investor in Facebook, once described the South Pacific island nation as "the future" and became a citizen back in 2011. He has since invested heavily there.

Located more than 6,000 miles (10,000km) from the US mainland, New Zealand was recently identified as a country more resilient than most to the threat of climate change.

In a study released last month, researchers at the UK-based Global Sustainability Institute described New Zealand as "best placed to survive the collapse of global civilisation".

The temperate, mountainous country is well-placed to deal with threats such as rising sea levels.