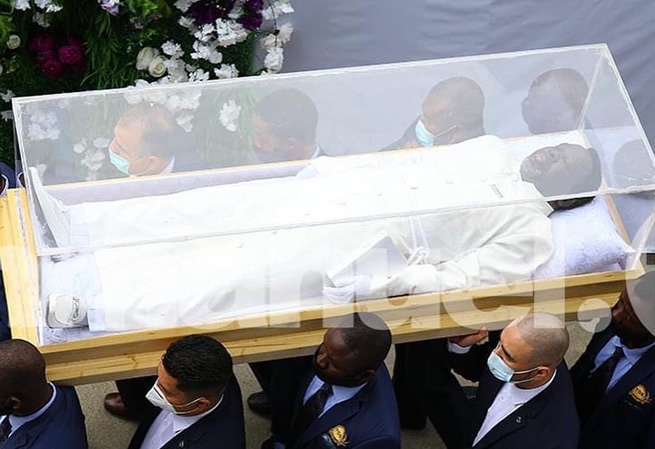 TB Joshua’s weeklong lavish funeral procession got people talking on social media, mostly because of the glassy casket, which made all his mourners see him clearly.

The body of the founder of Synagogue Church of all Nations (SCOAN) in Lagos Nigeria was dressed in a white suit and white shoes.

His body was placed at the centre of the church’s auditorium for all to view.

His casket arrived at the church in the afternoon on Thursday after a service at the Prayer Mountain in Agodo-Egbe in Nigeria.

The funeral motorcade arrived at the Scoan headquarters in Ikotun-Egbe, Lagos, where his body will lie in state before burial on Friday.

Hundreds of mourners filled the SCOAN on Thursday after a week-long funeral service that began on Sunday.

Mourners came to pay their final respect to their beloved Prophet.

People on Twitter shared their thought on his casket.

@smelling_boxer said: "Vanity!!! The money used for all this can change the life of many… nonsense!!!"

TB Joshua died on 5 June just days before his 58 birthday. His death came as a shock to many as he had a live broadcast a day before.