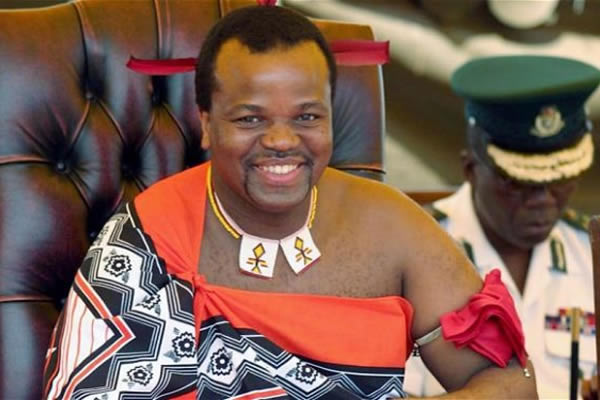 The Communist Party of eSwatini has on Tuesday confirmed that King Mswati III has fled his country and said he was reportedly hiding out in Johannesburg.

The king allegedly ran away amid pro-democracy protests sweeping the tiny kingdom.

Demonstrations started a few days ago and escalated to a point where some shops have been set alight in Matsapha.


It’s understood those businesses are owned by the king.

Thokozane Kunene said protesters would not stop until there was peace and the king bowed down to democracy.

“It was discovered that the special jet for King Mswati left around 10.30 pm last night but we have discovered that had left earlier. He’s been hiding in Johannesburg, in the Sandton area.”

Kunene said there were chaotic scenes on the streets where police and the army had been deployed to target protesters.

“But last night, the arm choppers threw tear gas and were supported by the ground forces who were shooting at the protesters and the people on the road, injuring several of them and some are suspected to have died on the spot. But confirmation is still under way.”