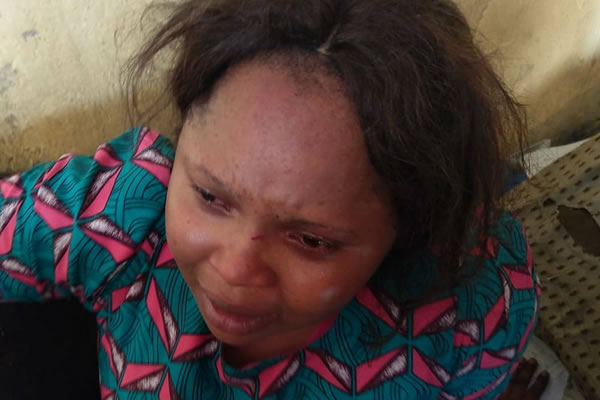 A 31-year-old woman has been arrested by the International Federation Of Women Lawyers, FIDA, for pouring hot water on her 13-year-old house maid, Beauty, for allegedly sleeping on her special couch.

The incident happened on the 3rd of July, 2018 in Port Harcourt, Rivers State in Nigeria. It was gathered that Beauty normally sleeps on the floor, but slept on the couch that fateful day because of cold, promoting the reaction from the 31-year-old house wife, Christiana Eze.

The following morning, she let the girl go to school in that condition and her teacher noticed and filed a report against the suspect.

Beauty, from Edo State, accused Christiana of pouring hot water on her and using belt to flog her on the same spot she poured the hot water on, till her skin peeled off.

It was gathered that for the last two years the girl has stayed with Christiana, she knew nothing but torment and torture, a situation the neighbors attested to.

The security man also revealed that he gives Beauty food sometimes, because she eats once a day.

Investigation further revealed that the girl's luggage is kept under the staircase, from where she dresses up.