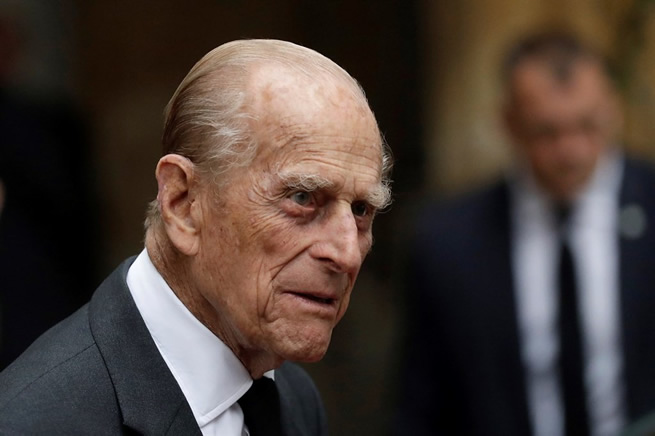 Queen Elizabeth's physician, who has been caring for both Her Majesty and Prince Philip since 2014, according to People, has revealed the duke's cause of death.

Per his death certificate, reportedly obtained by The Telegraph, the 99-year-old Duke of Edinburgh died of "old age" – an acceptable cause of death by Sir Huw Thomas, the head of the royal medical household, if the patient is over 80 years old and the physician has personally cared for them over a long period.

The Duke of Edinburgh, who remained in hospital weeks before his sad demise, died of nothing more than just being an old-timer, according to his official longtime palace doctor.


According to experts, the old age is acceptable for someone over 80 who had one doctor look over his care for years … and if there's no other identifiable disease or injury responsible for the death.

The Queen's husband had a number of ailments in his later years … including a heart scare just months before he passed. Still, "old age" is what Buckingham Palace is going with and they kinda make the rules.

Philip married the future queen in 1947 and served steadfastly by her side for more than seven-decades, as she became the longest-serving monarch in British history.

The 99-year-old Philip died last month, and the Royal Family held a grand funeral procession for him. Prince Harry flew in from the States for the ceremony and got some face time in with his brother and father.