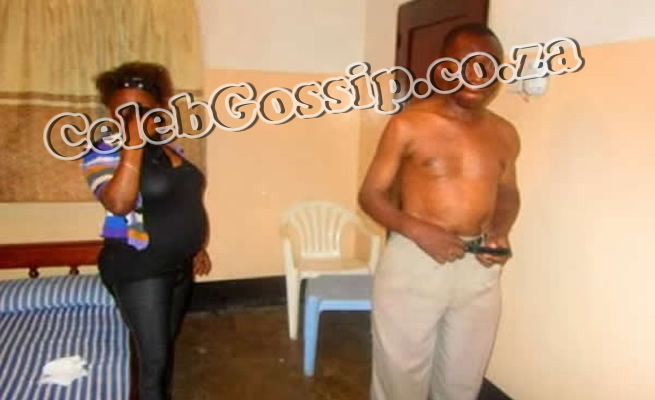 A LOVE affair with a married neighbour has cost a seemingly extremely sex-starved narried woman her marriage after her husband exposed her during a “surprise birthday party” where her relatives were gathered.

Martha Mashizha was recently sent packing by her husband Tafadzwa Alimoso, a haulage truck driver, after being exposed for cheating with their neighbour, Danmore Matika.

Mashizha was forced to leave the family house in Harare's Glen View high density suburb without her belongings and her relatives were reported to have followed in shame.

Matika — a businessman based at Glen View Area 8 Complex in Zimbabwe's capital city — confirmed sending love messages to Mashizha, but said the latter had four other lovers.

“It is true that my messages to Mashizha were exposed, but her husband has not confronted me about it,” said Matika.

“From what I have discovered, Mashizha has been seeing four other men and this was also exposed.

“I have since stopped communicating with her and I heard that she was forced to pack her bags, but some of her belongings are still there.

“From what I heard, it was not her first time to be exposed and she was forgiven before; maybe she might come back,” said Matika.

He told H-Metro that Alimoso’s brothers and sisters teamed up to beat up his workers without confronting him.

“On the day in question, Alimoso’s team deflated my vehicle tyres and I am yet to lodge a police report against them since they are now facing assault charges against my workers.

“They claimed that they were looking for me and the case is under police investigation.

"They came to my workplace intending to beat me up, but they didn't find me, so they bashed my workers, but I stay next to their house"

“The whole neighbourhood is awash with the story, but to be honest, none of them decided to seek my comment about it.

“Thank you H-Metro for seeking my side of the story and I am not happy with the attack on my workers considering that I stay next to their house.”

A visit to Alimoso’s place saw him in a meeting with his relatives that included his mother and he confirmed the story.

“Yes, there is an issue with our neighbour, but I want to know the person or people who took it to the media because I don't deal with newspapers,” said Alimoso.

“You can pen down what you have been told by those people talking about it and I will not allow any of my relatives including my mother to give a comment about it,” said Alimoso.

“That's Taffy who is being talked about, so have you seen him or heard what he said?” Alimoso’s mother said soon after his comment.

Mashizha, a mother of four, could not be reached for comment and was reported to have been taken to her village.

One of the neighbours had no kind words for Alimoso, who would lie to his wife that he had gone to work for days.

“No, we do not support Mashizha’s illicit affair, but Alimoso has been taking days claiming to be at work leaving his wife sex-starved.

“We need our husbands close to us daily,” she said.